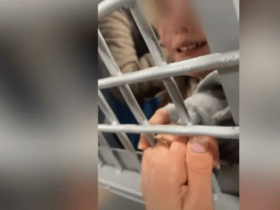 Tensions between Russia and Ukraine are weighing on US stocks. The Dow Jones Industrial Average dropped over 270 points Tuesday as traders assessed the situation’s impact on the global economy. Midday losses were roughly 1% for both the S&P 500 and the tech-heavy Nasdaq Composite.

Following Vladimir Putin’s recognition of two pro-Russian separatist republics in eastern Ukraine and deployment of Russian soldiers, President Joe Biden announced Tuesday afternoon that he will impose the first tranche of sanctions, according to Yahoo! News.

Biden administration said that the West viewed the move as provocative and feared conflict. A quick and robust response from America and its allies is required.

Biden stated that the United States will impose sanctions on Russian financial institutions, sovereign debt, and oligarchs operating in the country, as well as their family members and associates.

In recent weeks, the dispute between Russia and Ukraine has been a key source of market pressure, resulting in back-to-back losing weeks on the key financial metrics. As the crisis in Eastern Europe escalates, mutual funds and exchange-traded funds in millions of retirement accounts have been affected, even for people who have never invested directly in oil, gas, or other commodities.

According to New York Times, not all equities have fallen. Rising oil and gas prices have boosted the S&P 500 energy sector, which has returned 21.8 percent so far this year. Even still, the total index, which typically serves as a gauge for the market, fell 8.8%. But the entire stock market has been plagued by rising interest rates, inflation, and supply-chain bottlenecks.

However, when the world is in upheaval, U.S. Treasury bonds tend to rise in value as investors seek safe havens. Bond prices and yields move in opposite directions, therefore Treasurys have lost value this year as interest rates rise. Portfolios that contain them, usually provide a short-term buffer in a significant stock downturn.