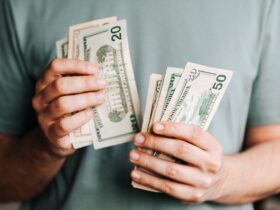 As the sufferings in Ukraine increase and the country’s leadership urges the US to act, President Joe Biden, called Russian President Vladimir Putin a “war criminal,” according to Psaki, he was speaking “from his heart.”

Since Ukraine’s invasion, it’s the most strident condemnation of Putin and Russian activity by a US official. Psaki also informed reporters that the White House was aware of President Volodymyr Zelensky’s requests for the US. The United States Congress should do more to back Ukraine’s anti-Russian initiatives.

Nearing the three-week mark of an ever-escalating conflict, Zelensky is attempting to persuade ally leaders to halt Russian airstrikes that are causing devastation on his country by utilizing the world’s most powerful legislative organizations. According to PBS News Hour, Psaki noted that conversations with Russia are ongoing, noting that White House national security adviser Jake Sullivan spoke with his Russian counterpart, Nikolai Patrushev.

Moscow slammed Joe Biden’s remarks as “unforgivable,” claiming that the conflict in Ukraine is “going according to plan.” Putin’s press secretary, Dmitry Peskov, told Russian news agency TASS: “We consider such rhetoric of the head of state, whose weapons killed hundreds of thousands of people throughout the world, inappropriate and terrible.”

Biden said that the US will provide an additional $800 million to assist Ukraine combat Russia with a new package that included drones and anti-armor weapons. On Tuesday, the US Senate overwhelmingly passed a resolution calling Putin a war criminal.

The resolution, introduced by Republican Senator Lindsey Graham and endorsed by senators from both parties, requested the International Criminal Court (ICC) and other states to focus any investigation of war crimes on the Russian military.

After Russia invaded Ukraine on February 24, the ICC opened a formal investigation into alleged war crimes and crimes against humanity. Neither Russia nor Ukraine are members of the ICC. The tribunal, which was established in The Hague in 2002, is not recognized by Moscow.

Ukraine has agreed to investigate alleged crimes on its land dating back to Russia’s 2014 takeover of Crimea. Karim Khan, the ICC’s head prosecutor, visited Ukraine on Wednesday and had virtual talks with President Volodymyr Zelensky. Moscow denies targeting civilians and asserts that its purpose in Ukraine is to disarm racists and neo-Nazis, accusations that Kyiv and the West have dismissed as unfounded, as per Daily Express.