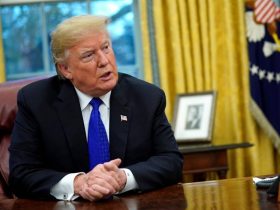 Fans haven’t seen much new content since Halo Infinite launched. Season 2 is really not due until May, so they have a while to wait. And when 343 Industries confirmed that co-op would not be available for Season 2, some players were unhappy. But there may be hope for fans who crave new content. According to a recent leak, Halo Infinite may get Halo 5’s Warzone feature.

Warzone was a 12v12 mode with different objectives. With Halo Infinite, fans may be in for a nostalgic treat with a twist, according to an image obtained by HaloHubGG. The leaked image shows an unpublished settings page. Players could revive in drop pods and use separate life pools, according to the mode. The specifics of a contamination zone have captivated the most enthusiasts, as reported by PC Invasion.

We don’t know what game modes 343 Industries has planned until they confirm it. We’ll simply have to wait and see what happens next. Warzone’s return in Halo Infinite would undoubtedly be welcomed by all fans. Until then, gamers can enjoy the ‘Lone Wolves’ Season 2 update. In addition, there will be new maps for the Arena and Big Team Battle modes.

Xbox Game Pass Ultimate subscribers who own Halo Infinite may now pick up some free in-game rewards. If you want to take advantage of the Xbox Game Pass Perks that include the free gear, you must do it before April 4th to ensure you get it.

According to Game Spot, it’s hard to say whether or not the free package adds much value, but if you’re trying to work your way through Infinite’s tedious Battle Pass, it’ll come in handy. Members of Game Pass Ultimate will have access to the following items:

“Pass Tense” vehicle coating, which comes in brilliant green and is a fantastic addition to Infinite’s vehicle skins, is likely to be the most used by most players.