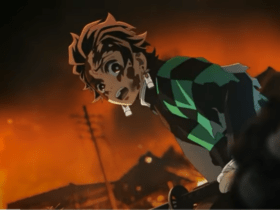 Two women were convicted on Wednesday after being convicted of conspiracy and committing $1.2 million in food stamp fraud in the U.S. The Homeland Security Investigation (HSI) of Immigration and Customs Enforcement (ICE) collaborated with the U.S. Inspector General’s Office, U.S. Department of Agriculture (USDA OIG)

Ana Rioja, 51, and Maria Consuelo de Ureno, 55, pleaded guilty to the conspiracy of committing Supplemental Nutrition Assistance Program fraud on May 12, 2021, according to KWTX. Rioja was sentenced to 30 months in prison, followed by a year of supervised release by U.S. District Judge Rolando Olvera Jr, kmvt.com posted.

Ureno was sentenced to 37 months in prison, followed by three years of supervised release. Following her release from prison, she may lose her legal status in the United States and face removal proceedings. Rioja and Ureno were also ordered to pay $975,401 and $1,284,282.15 in restitution by the judge.

According to court documents, starting in February 2016, the investigation revealed Ureno, Rioja, and other co-conspirators used a point-of-sale gadget at a local meat market owned by Rioja to swap SNAP benefits for cash.

The Department of Homeland Security (DHS) is in charge of investigating transnational crime and threats, particularly those criminal organizations that take advantage of the global infrastructure that facilitates international trade, travel, and finance.

Tons of beans and cheese

Ureno bought 49.1 tons of American cheese slices, 22.3 tons of pinto beans, 1.6 tons of Folger’s coffee, 1.4 tons of instant mashed potatoes, and over 5,000 gallons of mayonnaise.According to the release, she would sell to a partner and be transported to Mexico. According to officials, Rioja and Ureno’s $1.2 million in fraudulent transactions occurred between September 2014 and August 2019.