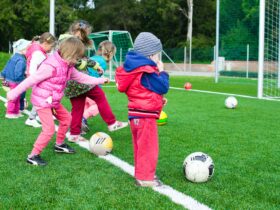 Without Child Tax Credit , Approximately 4 Million Children Could Be Pushed into Poverty

On Wednesday, the Biden administration confirmed that 100,000 student loan borrowers had been recognized as being eligible for $6.2 billion in loan forgiveness under a new, expanded program for borrowers working in public service careers.

The declaration aligns with the Biden administration’s efforts to expand relief through the Public Service Loan Forgiveness (PSLF) program. PSLF, which was established in 2007, allows borrowers to have their federal student loans forgiven after ten years of “qualifying payments” while working full-time for a nonprofit or public organization.

To address these issues, the Biden administration officially announced a temporary but broad new program known as the “Limited PSLF Waiver.” The Education Department will temporarily count past periods of repayment that would have been denied under PSLF’s original rules.  It includes payments made on non-Direct federal loans such as FFEL-program loans and payments made under non-qualifying repayment plans under the waiver, Forbes posted.

According to Education Department officials, the latest wave of approvals may only be the tip of the iceberg, with up to a million borrowers potentially benefiting.

You must be employed full-time by a federal, state, local, tribal, or nonprofit government or organization to be eligible. Direct Loans should be used, or other federal loans should be consolidated into the Direct Loan program. Pay off your debts using an income-driven repayment plan (IDR). Ensure that you receive 120 payments while a qualifying employer fully employs you.