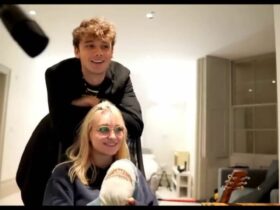 Is Niki and Wilbur your favorite couple ?

Sen. Mitt Romney’s plan to reimpose monthly stimulus checks to households in the United States has yet to be officially introduced, but more details about how the plan would work are emerging. Those who accept the money will be required to work.

Senator Mitt Romney of Utah, a Republican, has proposed a very similar plan to the American Rescue Plan’s monthly stimulus checks. The Family Security Act is the name of his plan. This Security Act would provide $350 to eligible families with children under five and $250 to families with children aged six to seventeen. Pregnant mothers would also be able to begin receiving payments four months before their baby’s due date under the proposal. A family’s highest monthly payment would be $1,250.

Romney’s plan calls for the payments to be canceled based on income. For example, if a single tax filer earns more than $200,000 or joint filers earn more than $400,000, $50 will be subtracted from monthly payments for every $1,000 earned above their income thresholds, nj.com posted.

Work requirements should be met

However, Romney’s extra monthly stimulus checks would impose stringent work requirements, slash programs that assist susceptible Americans, and make substantial changes to the tax code. Romney’s staff stated that the legislation, which has not yet been formally introduced, is still being negotiated and is not yet finalized., according to NBC News.

Including work requirements for the monthly stimulus checks, recipients is a significant and potentially contentious component of Romney’s plan. The plan did not specify the specific needs, but a standard threshold for state-level benefits is 80 hours of work per month or a similar amount of job training or volunteer work. His proposal would reinstate the direct monthly payments that many parents relied on for six months last year to cover the costs of food, clothing, and child care before Congress allowed the tax credit to end.