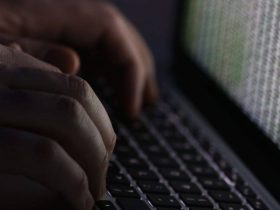 SolarWinds Hackers: Why The Cyber hackers are Targeting Cloud Services?

With the help of its A&R technology, Spotify can now identify which of its up-and-coming musicians are most likely to become famous in the near future. As of Tuesday, March 1, the music app has been granted a patent for a system and method for breaking artist prediction in media content settings.

A key component of Spotify’s new invention is the identification of one or more early adopters from its user base, who are subsequently monitored for changes in their listening preferences. Based on the music tastes of these early adopters, the system can then forecast which musicians are most likely to breakthrough.

According to Music Business Worldwide, the patent indicated that a user who requested playing of media content from a plurality of breaking artists was identified and assigned the function of an early adopter. If an early adopter requests to play a song through a media device’s software application, the system can then predict which artists will break next based on those requests.

In Spotify’s A&R (Artist and Repertoire), ff a user is flagged as an early adopter, the media server responds by streaming the requested media material as it responds to all users, regardless of whether they know it or not. As part of this, the system contains a back-end media server system with a breaking artist prediction algorithm.

Furthermore, Spotify noted that an artist is breaking if their popularity reaches a minimum playback threshold while also exceeding a minimum growth requirement. They also advise a monthly threshold of 200,000 playback requests across the platform. A monthly increase of 300 percent in playback requests would be a minimal growth threshold.

On Tuesday, Spotify had extensive technical issues, with users reporting issues accessing the app and website. After roughly an hour and a half, the service appeared to be normal. Spotify user complaints peaked around 1:10 p.m. ET. The cause of the technical issues was unclear. U.S. concerns centered on New York and Los Angeles.

As reported by Variety, error messages included one stating that the user’s login and password were invalid. A second message, which appeared when Spotify users attempted to play tracks on the company’s website, read, “We’re all mixed up. Try again later or refresh the page”. Users of Spotify’s mobile app may have noticed a “You’ve been logged out” warning.

Spotify is the most popular music and audio streaming service in the business, with millions of users. Approximately 406 million total monthly active users, including 180 million paying members, were reported by the firm as of the end of 2021.