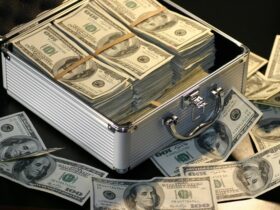 Delayed Tax Refund: Check Out These Reasons and Solutions to Finally Get Your Money!

Source code and other confidential materials have been leaked from Samsung Electronics, according to industry sources. Hacking group Lapsus$ has claimed to have breached the South Korean IT company’s system and released up to 190 terabytes of data online.

The hacking group Lapsus$ claimed responsibility for the breach when it was originally reported earlier this month. Source code for Samsung’s encryption and biometric unlocking capabilities on Galaxy hardware was allegedly obtained by the group that previously hacked Nvidia, and photos apparently showing over 190GB of stolen data were circulated on social media.

As reported by The Verge, there is no confirmation or denial that the hackers were able to gain access to information pertaining to encryption and biometrics, according to a statement released by Samsung today. In spite of this, the company claimed that no personal information, including that of employees or customers, had been accessed.

Samsung Electronics stated that the leak covers Galaxy device source code, but not users’ or employees’ personal data. In their statement, they said that they don’t expect any impact on their business or customers. They have taken steps to prevent such accidents and will continue to service their consumers.

Officials from Samsung have said that they are actively investigating the incident.

Lapsus$ has claimed to have stolen 1 terabyte of data from Nvidia and has threatened to make the passwords and security credentials of Nvidia employees publicly available. The document supplied screenshots in support of its claims, but the screenshots were inconclusive.

According to PC Gamer, employee email addresses and NTLM password hashes have already been broken and shared in the hacking community following the breach of employee credentials. Since Nvidia declared its current employment of 18,100 as of October 2020, this appears to include both former and present employees.