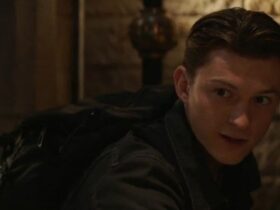 Amazon has acquired Veeqo, a maker of tools for online merchants to sell things on and off Amazon, for an unannounced purchase of an e-commerce software start-up by a Big Tech business that occurred in November. Investor Octopus Ventures confirmed the acquisition on Monday.

Amazon is believed to account for 40% of all e-commerce sales in the United States, but the company has long sought to get a foothold in other online marketplaces, such as eBay, Etsy, Shopify, and Walmart.

According to CNBC News, a program called “Multi-Channel Fulfillment” has been offered by Amazon for several years, allowing sellers to store and distribute products using Amazon’s services regardless of whether they’re selling on the main site or elsewhere.

Since third-party logistics providers like Shopify, UPS, and FedEx have all started their own fulfillment services, Amazon has worked to attract and retain sellers on MCF by slashing its fees. Seller features for Amazon’s MCF program may lure sellers away from other service providers if the company acquires Veeqo.

The acquisition was verified by an Amazon spokesman, but the terms of the deal were kept under wraps. A request for comment from Veeqo was not immediately returned.

Amazon.com, Inc. is a worldwide technology firm based in the United States, that specializes in e-commerce, cloud computing, digital streaming, and artificial intelligence. In addition to being one of the most valuable brands in the world, it has been described as one of the most significant economic and cultural forces in the world.

As stated on its website, customer obsession rather than competitor focus is at the core of Amazon’s business model, as is a commitment to operational excellence, innovation, and long-term thinking.

Customers are at the center of everything Amazon does, and the company wants to be the best employer and the safest place to work in the world. Prime, 1-Click shopping, personalized recommendations, Amazon Studios, and the Climate Pledge are just a few of the innovations pioneered by Amazon.