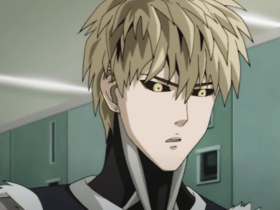 Prince Andrew continues to feel that he has a chance in public life. Prince Andrew decided this week to settle his sex abuse case by making a large payment to his accuser’s charity and saying that he never intended to harm her character, according to friends of the Duke of York.

The discovery occurred at a recent taping of “The Royal Beat,” a discussion program for True Royalty TV that offers exclusive interviews with royal experts and palace insiders, according to Kerene Barefield, an executive producer for the streaming service.

Per Fox News, the settlement avoids a trial, which would have severely disgraced the monarchy. Aside from the undisclosed payment to Virginia Giuffre’s charity, Prince Andrew concedes she was a victim of abuse in a court document. It was unclear if Giuffre would be compensated personally as part of the deal.

Where Prince Andrew gets money for settlement with Virginia Guiffre?

According to The Telegraph, Prince Andrew will pay Giuffre more than $16 million using money from his mother, Queen Elizabeth II, who has privately funded her son’s legal battle “to the tune of millions” and will now partially fund the settlement to avoid the case overshadowing her Platinum Jubilee this year. According to reports, the queen’s part in the settlement would come from her Duchy of Lancaster estate.

The money from the settlement is expected to be divided into three unequal parts, with Guiffre, her attorneys, and charity each receiving a percentage. While Prince Andrew may be anxious to move on from the case, Barefield believes his troubles are far from done.

In August, Giuffre, 38, filed a lawsuit against Prince Andrew. While traveling with Jeffrey Epstein, the American accused the British royal of sexually abusing her. Prince  Andrew vehemently refuted Giuffre’s claims and unsuccessfully tried to have the case dismissed earlier this year.

Virginia Giuffre and Prince Andrew have struck an agreement. Although this was always an expected consequence, the statement is worth investigating further. Prince  Andrew agrees that Giuffre is a “victim of abuse” and now “regrets his relationship” with Jeffrey Epstein, contrary to his interview with Newsnight.

However, there is no admission of guilt or denial of guilt in relation to the sexual abuse allegations brought against him by Giuffre. Prince Andrew’s issues remain unresolved because he has yet to clear his name in court.