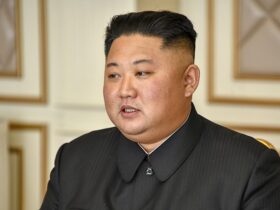 Miss Alabama for America was a “loving mother,” religious, and patriotic, according to her family, and would still be alive “if she had a choice.”

After authorities said she “fell out of a third-floor window” of her Miami apartment on February 10, Zoe Sozo Bethel, died last Friday after an eight-day struggle for her life in a hospital. Her brain and brainstem were severely damaged, and she spent eight days in a coma.

Bethel was more than a beauty queen before her untimely death. She was a conservative commentator who collaborated with organizations including Project Veritas, Turning Point USA Students for Life of America, and the Falkirk Center at Liberty University. She was working as a model and spokesperson in Miami at the time, as per The Sun.

According to Newsweek, weeks before her sad death at the age of 27, Zoe Bethel wrote an Instagram post on the value of enjoying life to the fullest. Bethel wrote of wanting to live a full life only weeks before she died, in what has turned out to be a particularly sad post.

Per Daily Mail, the 27-year-old beauty queen was in a coma for eight days after falling from a third-floor window in the waterfront Edgewater district and suffering devastating brain injuries.

Zoe, who has a five-year-old daughter, died as a consequence of an unidentified accident on February 10th, according to family members. The Miami Police Department initially investigated the deadly plummet as an attempted suicide, but later stated on Tuesday that the death is now being treated as a tragic accident and that foul play has been ruled out.

Miss for America Strong is a pageant that honors single women, and Bethel represented Alabama in it. According to her relatives, she also worked as a political commentator for RBSN, a conservative media outlet notable for covering former President Donald Trump’s rallies.

According to the family’s social media posts, Bethel was involved in an accident in Miami on February 10 and sustained “serious brain/brainstem injury.” She remained in a coma until February 18th, when she died.

Her Instagram page is filled with photos of her dolled up, sometimes in a form-fitting gold lame evening gown, and other times in a gorgeous saffron frock lounging by a riverbank.