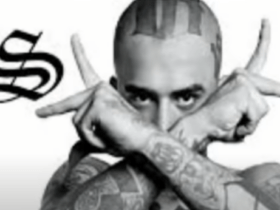 Nakayoshi manga magazine also stated on Twitter that Her editorial staff can’t help but be saddened by her untimely death. This summer, her masterwork ‘Tokyo Mew Mew’ was due to premiere an animated series called ‘Tokyo Mew Mew Her Nyu.’

In February, Nakayoshi also announced that all ten volumes of the ‘Tokyo Mew Mew New Edition’ would be released to commemorate the animation. She has already completed the cover and interior graphics for the upcoming edition. She’s also drawn manga for each volume that was supposed to be included.

Ikumi began her manga career with The Sleeping Princess of Berry Forest, which she published while she was only 18 years old. Her work would be serialized in shoujo manga magazine Nakayoshi, among other publications, in the following years.

Super Doll Licca-chan, based on the 1998-99 anime of the same name, was Ikumi’s debut serialized story in Nakayoshi, which was later released in two volumes by Kodansha Comics, as per the post of Meaww site.

Ikumi made her debut in Nakayoshi magazine’s ‘Super Doll Licca-chan’ from 1998 to 1999. She then collaborated with writer Reiko Yoshida to develop ‘Tokyo Mew Mew,’ a story about a magical girl. Seven volumes of the manga were produced between 2000 and 2003. ‘Mew Mew Power,’ a 52-episode television anime series based on the manga, premiered on 4Kids Entertainment in 2005.

Ikumi wrote and illustrated a sequel to the anime, Tokyo Mew Mew à la Mode, which was published in Nakayoshi until February 2004.

As a result of its tremendous popularity in Japan, Tokyo Mew Mew made its way to North America. From 2004 to 2005, the manga and its sequel were published in English editions, with an updated omnibus coming out in 2011. There were other versions in French, German,  Swedish, Spanish, and Danish.

Ikumi returned to solo manga work after Tokyo Mew Mew with Repure), Koi Cupid, and Only One Wish. Ikumi reappeared as a mangaka in 2019 after a long sabbatical to create a short Tokyo Mew Mew sequel story. For Tokyo Mew Mew 2020 Re-Turn, the artist teamed up with writer Yoshida once more, and the story was serialized in Nakayoshi.

Tokyo Mew Mew New, a new Tokyo Mew Mew anime series, is currently under development and will launch in July, as per the CBR news.

Sonic The Hedgehog 2: Buy Tickets Now to Catch Special Early Movie Screening Before They Run Out