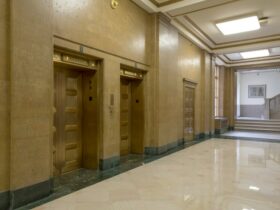 President Joe Biden’s signature on the $1.9 trillion American Rescue Plan, which authorized the third and, most likely, last round of stimulus checks in the middle of the coronavirus pandemic, was one year ago on Friday.

Some experts believe that the $1,400 stimulus checks to most Americans, as well as the expanded child tax credit and other financial help programs, were desperately needed while the country was economically devastated by the extended health crisis.

Others, on the other hand, argue differently, considering that the most recent consumer price index increased 7.9% year over year, establishing a new forty-year high, according to the Bureau of Labor Statistics of the US Department of Labor.

Per Unica News, many Americans are still struggling to make ends meet in the face of high inflation, which includes increasing gas and food prices. According to World Health Organization Director-General Tedros Adhanom Ghebreyesus, the two-year-long pandemic is still “far from ending,” and COVID-19 “will not be over someplace until it’s over everywhere.”

For many, the short-term solution is for the government to authorize another wave or two of stimulus checks, as many countrywide petitions have long requested. The most popular is being organized by Stephanie Bonin, a Denver-area restaurant owner whose Change.org petition has already reached its target of three million signatures and earned another 37,000.

“I’m proposing that Congress give families with a $2,000 payment for adults and a $1,000 payment for children, as well as regular checks for the length of the crisis,” the petition says.

According to AAA, petrol prices are currently at $4.33 a gallon. One energy expert is urging the government to issue $1,100 stimulus checks to help alleviate the pain of present inflationary pressures.

The first two checks were issued under Donald Trump’s administration in April and December 2020, while the final check was issued under the American Rescue Plan in March 2021 by Joe Biden. A lot of time has gone by since the last stimulus check, and residents are still dealing with growing prices, healthcare crises, and a variety of other concerns, as per Digital Market News.

Low-Income Earners Tax Credit May Be Complicated, but It May Result in Thousands of Refunds