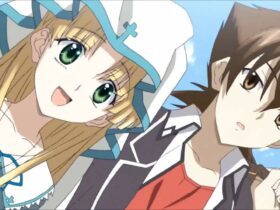 On April 6, 2022, two days just before the sequel to the smart-alecky speedster officially enters theaters on April 8, a one-night event for Sonic The Hedgehog 2 will take place.

Sonic fans will be pleased to learn that they will not be required to gather any rings, chaos, or coins, emeralds. All they have to do is go to the movie’s official website’s Sonic The Hedgehog Movie, enter their location, and they will see any viewings on the special advance screening night near you will show.

Each ticket holder will also get commemorative items commissioned specifically for this event. Each attendee will receive a limited-edition Collector’s Print designed by artist Tyson Hesse, best known for his work on the “Sonic the Hedgehog” franchise, as well as a limited-edition graphic novel reprinted with cinema-exclusive cover art drawn by Nathalie Fourdraine, an artist and animation concept artist who contributes to the IDW “Sonic the Hedgehog” comic series, according to the Slash Film website.

Based on the Sega video game franchise, Sonic the Hedgehog 2 is a forthcoming American comedy film directed by Jeff Fowler and scripted by Pat Casey, John Whittington, and Josh Miller. Sonic fans are extremely intense, so if you would like to see one of these special screenings, you’ll have to move quickly.

Tickets will certainly sell out faster than a stack of chili dogs across from their favorite blue hero’s face, but you can acquire one by entering your zip code on a special early-access page. The viewing event will take place in participating cinemas at 6:00 p.m. local time and will be shown only in premium formats.

On the film’s official website, fans may get Early Access Screening Theater Schedules and purchase tickets for all Sonic the Hedgehog 2 shows. Tickets will also be available for purchase on the exhibitors’ websites and mobile applications, as well as at participating theater box offices around the country, as published on the Cinema Nerdz webpage.