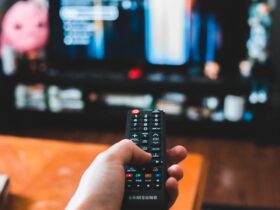 Jake Flint, a country musician, died at 37, a few hours after his wedding.

Brenda Flint, Jake Flint’s wife, has spoken out publicly for the first time since his untimely death at the age of 37, sharing how devastated her loss has left her.

Jake Flint, a country musician, known as “an ambassador for Oklahoma Red Dirt music,” died just hours after his wedding on Saturday. He was 37.

According to his longtime publicist Clif Doyal, who confirmed the death to The Times on Tuesday, the “Cowtown” and “Long Road Back Home” singer-songwriter died in his sleep. The exact cause of death has yet to be determined.

On Saturday, the Red Dirt country singer and native of Oklahoma died hours after marrying Brenda Wilson on November 26. Brenda Cline, his manager, shared the tragic news on Facebook, calling him “the funniest, most humorous, hardworking, devoted musician I have ever worked with in my career.”

Clif Doyal, Flint’s publicist, says that Flint died during his sleep on his wedding night. There is currently no information on the cause of death.

Brenda Flint’s initial reaction to her husband’s untimely death was to post a video from their wedding just hours before with the caption, “I don’t understand.”

On Tuesday, November 29, she returned to Facebook, expressing that she didn’t understand how to handle everything she was going through.

“We should be going through wedding photos,” she writes, “but rather I have to pick out clothes to bury my husband in.” “People aren’t supposed to be in this much pain. My heart is broken, and all I want is for him to return.”

“I can’t take it any longer,” she added. “I require his presence.”

Flint’s untimely death prompted a flood of social media tributes from friends, fans, and loved ones.

“He was more than a client; he was indeed a dear friend and a super nice guy,” Doyal tells the Oklahoman. “As evidenced by the outpouring of love on social networking sites, he was adored by all.”

I think a lot of it was because he was a people person with a great sense of humor. He made everyone laugh and made everyone feel at ease.”

The early life of Jake

Flint, who was born in 1985 and raised in Holdenville, Oklahoma, was introduced to music by his father, who introduced him to artists such as Guy Clark, Townes Van Zandt, Steve Earle, John Prine, and others, according to his official website.

Flint’s father asked some musician friends to teach his son guitar after his father’s diagnosis of ALS (Lou Gehrig’s disease). Flint began attending bluegrass festivals, which led to his performance.

Flint went on to build a solid touring career, performing solo acoustic and full-band dates across Oklahoma and Texas. His most recent single, “What’s Your Name?” was released in 2020. Through May 2023, his tour itinerary included stops in Oklahoma and Arkansas.

Jake Flint’s funeral arrangements have not been made public. As of Wednesday afternoon, a GoFundMe page set up to help his family and his wife raised over $6,000 of its $10,000 goal on the afternoon of November 30.

Country Music Legends Who Passed Away in 2022.

Jerry Ray Johnston was the father of Cadillac Three lead singer Jaren Johnston and a former Grand Ole Opry staff drummer. He died on January 9, at age 65, due to complications from COVID-19-related pneumonia.

Jerry Crutchfield was well-known for his abilities as a songwriter and producer. Over the years, he has written songs for Elvis Presley, Tanya Tucker, Tammy Wynette, Charley Pride, and dozens of other country stars. Crutchfield collaborated as a producer with Lee Greenwood, Glen Campbell, and Dave Loggins. He passed away on January 11, 2022, at 87.

Wendell, a Nashville philanthropist who served on the Country Music Association board of directors for over 15 years, died on January 13 at the age of 79.

During the 1950s and 1960s, Dallas Frazier wrote songs for Willie Nelson, Diana Ross, Elvis Presley, Merle Haggard, and the Oak Ridge Boys, including their hit “Elvira.” Frazier passed away on January 14 at 82.

Robbins was inducted into the Country Music Hall of Fame for his groundbreaking work as a pianist. He’s played on songs by Dolly Parton, Loretta Lynn, Miranda Lambert, Sturgill Simpson, and Bob Dylan’s seminal 1966 album Blonde on Blonde. At 84,  Robbins passed away on January 30.

Blake Melvis had a significant impact on George Strait’s early career. He co-wrote his first No. 1 hit, “Fool Hearted Memory,” with Strait and introduced him to songwriter Dean Dillon. Melvis also wrote songs that were recorded by Charley Pride, Don Williams, and Joe Nichols. Melvis died on February 9 as a result of COVID-19 complications. Then he was 73.

Good, singer and guitarist for Canadian country-rock band the Sadies, died on February 17 at the age of 48 following a coronary illness.