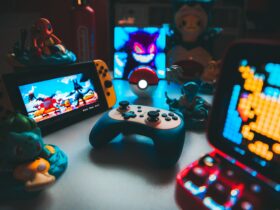 Stewart Rhodes faces the consequences for his actions for ‘the very first time,’ Tasha Adams says

The former wife of the founder of the far-right militia group Oath Keepers stated that she was “beyond happy” after he was convicted of sedition for his role in the Capitol attack on January 6, 2021.

Stewart Rhodes, the founder of Oath Keepers, and another member, Kelly Meggs, were found to be guilty by a federal jury after an approximately two-month trial that included evidence and arguments from federal prosecutors, defense attorneys, and the defendants themselves.

Tasha Adams, who divorced Rhodes in 2018 after more than 20 years of marriage, stated “ her husband had never faced a repercussion in his life until now.

“This is the very first time.” “He’s spent his entire life to make others pay – this was long overdue for him,” she explained.

Ms Adams, who has six children with Rhodes, has warned that if Donald Trump is re-elected in 2024, her husband will seek a pardon.

“I believe he has already mentally prepared for that, and I suspect that’s exactly where his mind is up now,” she told media.

“Mentally, he’ll keep on going to be seeing himself as this great man, this mystical messiah martyr that he imagines himself to be.” He’ll notice.”

According to Ms Adams, Rhodes believes it is his “destiny to be a martyr before he would be actually found to be a great leader.”

“He abused my children and abused me.” He has no sense of morality… I would like them to know that as well, so he can’t just come back.”

Rhodes, a 57-year-old former soldier and Yale law graduate, including four other individuals from the group were accused of organizing an armed revolt to overturn the results of Joe Biden’s November 2020 presidential election.

Jurors were asked to think about if the Oath Keepers were encouraged not only by Mr Trump’s illogical plot that the presidential election was taken from him, but also planned to forcefully obstruct the peaceful succession of power.

According to federal prosecutors, Rhodes and his associates spent several weeks discussing about violent response to the presidential election on secure messaging apps prior to organizing a weapons & supply cache at a hotel nearby before joining the mob that barged the halls of Congress with the goal of blocking the certification of Mr Biden’s presidency.

The conviction for seditious conspiracy, according to Democratic Congressman Gerry Connolly, is a “significant step” toward ensuring justice is served.

“The conviction of Stewart Rhodes for seditious conspiracy will serve as a wake-up call for a LOT of other January 6 defendants,” wrote lawyer Tristan Snell.

“If the PLANNERS of January 6 are convicted – not just the foot soldiers – then EVERYONE involved now faces serious felony charges.”

According to Michael McDaniel, Director of Homeland Law at Cooley Law School, proving the riot was a conspiracy is difficult.

“To commit a criminal act, you must first reach an agreement. Second, it must be criminal, as well as illegal. Third, you must participate knowingly “McDaniels explained. “The prosecutor must demonstrate that the individuals indicted now knew that this was an activity on behalf of everyone involved. Then there has to be some blatant act, something that advances the conspiracy’s goal.”

McDaniel stated that members of the Proud Boys who were also charged with seditious conspiracy could face up to 20 years in prison when reviewing the case.

Read Also: Who is Nikki Bella’s husband? A timeline details of Nikki-Artem’s relationship