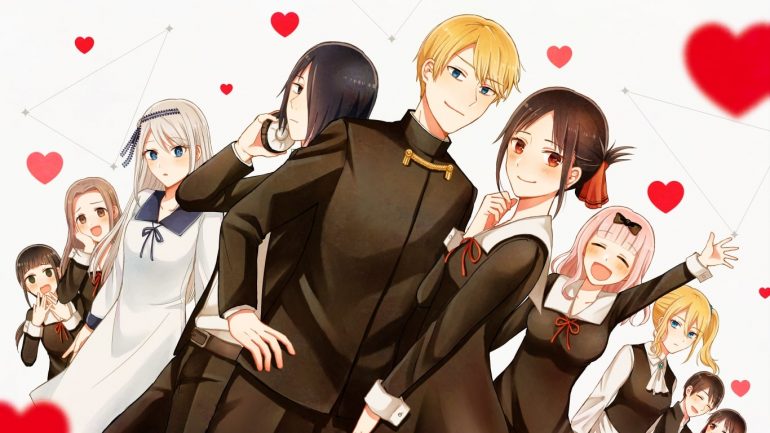 Best From The Rest: 7 Slice Of Life Anime series Of 2020 That Are A Must Watch

As Season 5 of High School DxD is scheduled to premiere in 2022, let’s take a look at one of the series’ most interesting characters.

For better or worse, the anime version of High School DxD has swiftly become a leading name in the comedy and harem genres. Given the mature nature of the series, not to mention the crazy character designs and visuals, the title’s appeal should come unsurprisingly. Despite looks, High School DxD has a lot more to offer than just fan service.

High School DxD features a large, diverse cast of people in addition to an innovative, chess-inspired power system and recreating creatures from the darkest side of Judeo-Christian narrative. Asia Argento is one of them.

Asia Argento is one of the female heroines in High School DxD. She’s one of Hyoudou Issei’s (many) leading ladies, as well as one of the main cast’s most innocent and compassionate members. Asia was abandoned as a child on the doorstep of a Catholic church and later reared as a nun. As a result, she frequently struggles to navigate social and romantic settings. Asia’s innocent and naive nature is frequently at the core of humorous, risky misunderstandings. Her sincere, kindhearted character, on the other hand, is advantageous to Hyoudou and his group.

Asia Argento, unlike most of the female characters of High School DxD, isn’t a highly talented fighter. Nonetheless, she is a valued member of Hyoudou’s team.

Twilight Healing is an extremely rare Sacred Gear found in Asia. She can use this to heal not only people, but even Devils, Angels, and Fallen Angels. Asia holds the power to heal each and all damaged beings, regardless of affiliation, due to her unfailingly loving nature. She discovered this power at a young age when she treated an injured pet. Later in life, she was caught using her talent to heal a wicked entity – a Devil named Diodora Astaroth – and was banished from the church as a result. Asia sought help from the Fallen Angels after losing the only home she had ever known.

Asia has a special aptitude for taming and summoning dragons, in addition to her Sacred Gear. She’s struck an agreement with the Sprite Dragon Rassei, most notably. Sprite Dragons are more suitable with those who are good at heart, hence Devils usually have a tough time taming them. Asia’s rapid bonding with Rassei demonstrates her inner strength and purity.

Explanation of Asia’s death and resurrection

As described by CBR, Asia is struck and slain during a fight between Hyoudou Issei and the Fallen Angel Raynare. Rias Gremory subsequently resurrects her as a Devil after learning the usefulness of her Twilight Healing skill. While Asia is thankful to Rias for resurrecting her, she is also tormented over her transformation from a nun – a servant of God – to a Devil.

This internal tension distinguishes Asia from the rest of the cast of High School DxD. Asia still believes in God, despite the fact that she is now a Devil — a creature of darkness — and that she has been excommunicated by the church. Despite the headaches, she also prays to God.

According to Business Newspress, while the ongoing epidemic has considerably delayed Season 5, Excessive College DxD’s recognition has remained untouched. Because of vibrant, deep characters like Asia Argento, fans are patiently — if impatiently — awaiting the next season’s premiere with unwavering loyalty.