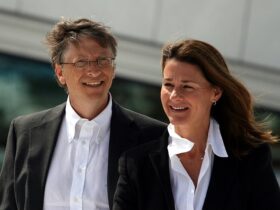 The film, Jujutsu Kaisen 0, is to be released in more than 1,500 locations. This includes IMAX theaters. The Anime will be launched in the United States and Canada on March 18, 2022.

On February 25, tickets will go on sale. A trailer with English subtitles was streamed by the corporation.

In addition to the United States, the film will be distributed in the United Kingdom, Ireland, and Australia. Also in New Zealand, Germany, Belgium, and Luxembourg.

Along with CRG events, it will be distributed in the Netherlands, French-speaking Africa, and Latin America. Additional regions will be revealed at a particular time.

The story is described in the Jujutsu Kaisen 0 manga, which was published by Viz Media in January 2021.

Yuta Okkotsu is a jittery high school student. He is dealing with a significant issue.

Rika, his childhood buddy, has transformed into a Curse and refuses to leave him alone.

Satoru Gojo notices Rika’s predicament since he is not an average Curse. A professor at Jujutsu High, a school where aspiring exorcists study how to deal with curses.

Yuta is persuaded to enlist by Gojo. Will he be able to learn enough in time to face the Curse that follows him?

The film has already surpassed the 80th highest-grossing film in Japanese cinema history. The tv anime Jujutsu Kaisen started in October 2020 and ran for 24 series.

It is presently outperforming the previous year’s highest-grossing Japanese picture.

On March 18, the film will be released in the United States and Canada.

Over 1,500 cinemas will screen the film. Along with IMAX cinemas, the film will be shown with both English subtitles and dub in English.

Moviegoers can buy tickets for the film beginning February 25. Posted by the Game Rant page.