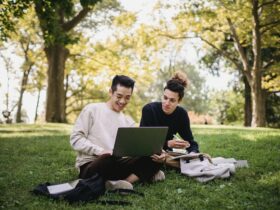 It’s official. A new way to watch Crunchyroll is in your hands. In the Crunchyroll app on Nintendo Switch, you can watch your favorite anime on TV while docked, or on the move with handheld or tabletop modes.

The service is available on the eShop and includes over 1,000 titles in many languages. There is also a premium subscription, which removes advertising, adds new episodes one hour after Japan, and allows offline viewing.

According to NME, Crunchyroll suggests a microSD card for downloading anime to watch offline because the files are big. The Premium subscription costs £7.99 (£79.99 for a year), with a lesser version available at £6.50 per month with no offline viewing.

As for the Wii U, the eShop will close in 2023 and users will no longer be able to access it. However, content previously purchased on them will still be accessible.

As per the report, five years after the launch of the Nintendo Switch in Europe, Crunchyroll joins YouTube and Twitch. Meanwhile, a video game preservation group says the company, along with other ESA members, should reassess how older games are experienced.

According to The Verge, although Crunchyroll has been added to the list of available streaming services on the Nintendo Switch, there are still not many of them.

So far, the console trails behind the PlayStation and Xbox in terms of content, with only Hulu, YouTube, Twitch, and, exclusively in Japan, Niconico being available to customers.

There is still no indication on when Netflix will ultimately be made available on the Nintendo Switch platform. Nintendo has previously stated that it is open to the idea of introducing the streaming service to the system, but no such plans have materialized as of yet.

For the time being, thanks to the roguelike Hades and the arrival of Crunchyroll, Nintendo Switch owners can finally use them to their advantage.