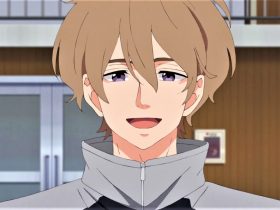 [Men’s Rhythmic Gymnastics] Videos that must not be overlooked for fans of the popular anime ‘Backflip !!’

The manga series Toshio Sako’s Usogui will have a live-action movie, a video was streamed by Warner Bros. in Japan including the opening scene of the said movie that adapts from the manga. The film premiered on February 11th. Baku Madarame, played by Rysei Yokohama, the lead actor of the movie. It was directed by Hideo Nakata.

After the opening date, a companion live-action and four-episode web series named Usogui Kurama Ranko-hen/Kaji Takaomi-hen premiered on the DTV streaming platform. The plot of Usogui follows a talented gambler named Baku “Usogui” Madarame as he bets his life in different games.

Sako started working on the Usogui novel in 2006 and finished it in December 2017. The manga has 49 copies. Sako debuted Usogui, popularly known as the Lie Eater, a manga remake. It was based on a video animation that came with the manga series 26th volume in 2012, according to the post-Anime News Network site.

From 2006 through 2018, Shueisha’s Weekly Young Jump serialized the original Usogui manga, which sold 8.8 million copies in 49 tankobon volumes. The live-action adaption film’s production was announced in 2016 as the manga’s 10th-anniversary project.

Ryusei Yokohama and SHOHEI MIURA portray Baku Madarame and Ikki Sadakuni, respectively, in a scene in which the actors are playing a high-stakes version of the old maid game.

Baku Madarame, a high-IQ brilliant gambler known as Usogui (The Lie Eater), is pitted against elite cheats at Kakerou, a black-ops club that controls Japan’s political and corporate world, in a psychological war for life and death.

Baku Madarame is played by Ryusei Yokohama, while his companion Takaomi Kaji is played by Hayato Sano based on the written post on the Anime Feed webpage.

The official website for Toshio Sako’s “Usogui” has been launched by Warner Brothers Japan.