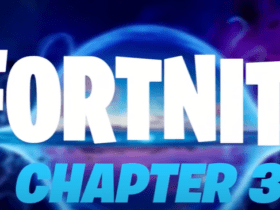 As talk grows over a possible alliance, China has once again declined to criticize Russia’s invasion of Ukraine. The two nations have historically backed one other on issues such as Taiwan and NATO, and there has been speculation that they may do so again. Although China does not overtly help Russia’s invasion, it has declined to condemn their conduct, despite having “vehemently” opposed sanctions.

China went on to criticize the US and its allies for provoking Moscow after Russian soldiers crossed the border. Per The Sun, it occurred as Chinese Foreign Minister Wang Yi advised US Secretary of State Antony Blinken against taking any actions in Ukraine that would “add gasoline to the fire.”

After abstaining with India on a UN vote condemning the invasion of Ukraine, China was met with a barrage of criticism. On February 4, Chinese President Xi Jinping met with Russian President Vladimir Putin at the Winter Olympics in Beijing, where the two inked treaties on financial cooperation and gas delivery.

A western intelligence assessment claims that senior Chinese officials were aware of Russia’s plans and even requested that Russia postpone its invasion of Ukraine until after the Winter Olympics.

And a source said that China was aware of the issue but couldn’t go into specifics about what they knew. China has refuted the allegations, claiming that there is no proof to back them up.

Josep Borrell, the EU’s foreign policy leader, indicated that China is better suited to such a position than other states. Dmytro Kuleba, Ukraine’s foreign minister, has asked China to use its might to halt Russia’s ambitions.

Furthermore, China has volunteered to act as a mediator between Russia and Ukraine. Last month, Chinese Foreign Minister Wang Yi told top European officials that China “strongly supports respecting and defending the sovereignty and territorial integrity of all nations, including Ukraine.”

At the same time, Wang modified his words, adding that “Russia’s legitimate security needs should be taken seriously and appropriately addressed” after five rounds of NATO’s eastward expansion, as per Big News Network.

According to some analysts, Russia’s invasion of Ukraine may provide China with a chance to expand its influence in the Indo-Pacific and the Middle East, but Beijing will likely be cautious with any economic advances.

Russia’s special military operation against Ukraine, according to a leading Chinese scholar, has sparked widespread debate in China, with supporters and opponents split into two implacably opposed camps.