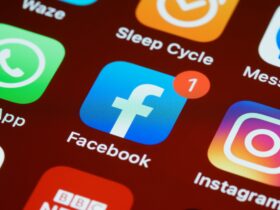 BTS RM most recent health update sparked discussions among fans about weight loss, dieting, health, loving your body, and other topics. Some BTS members go to the gym and practice for their three-day Permission to Dance on Stage – Seoul concert.

Some fans are concerned that RM’s weight is too light for his height, but others point out that losing a few pounds after strenuous physical activity. Others think that RM knows what is best for his body; he follows a healthy diet and exercise routine appropriate for his idol’s highly athletic lifestyle, Koreaboo posted.

BTS RM’s workout routine included a high-intensity mix of cardio and strength training, such as biking, rowing, and burpees. On February 22, two weeks before the concert, he shared this workout in an Instagram story. His pre-concert RM weight was 76kg (or 167.5lbs), but he is now 74kg (or 163lbs). RM revealed his post-concert weight in an Instagram story, captioned “concert diet.”

Jungkook and V are on a diet too

BTS will be in Seoul for the Permission To Dance On Stage concert, where they will meet their fans in person. They ate fast food during the live session and chatted with their fans. However, it has been revealed that BTS V and Jungkook are on a diet in preparation for their Permission To Dance On Stage concert, and check out the live video below featuring Junkook, V, Jin, and J-Hope, IWM buzz wrote.

V shared to avoid gaining weight. He began by discussing “stress eating,” noting that it is a component in weight gain. The second unusual secret he has is that he enjoys every bite of food. He claims that enjoying the taste of each meal will help one avoid gaining weight. He also claimed that soups do not contribute to weight gain. He didn’t say what kind of soups to eat, but it appears he’s talking about soups in general.