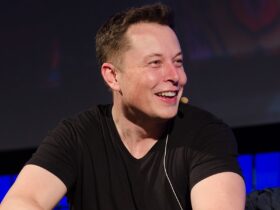 Behringer, a manufacturer of audio equipment, has disclosed that Russia’s war in Ukraine has exacerbated the global chip shortage. On Sunday, March 13, the company stated that after two years of suffering from chip shortages in DJ equipment production, the issue has gotten significantly worse.

Behringer’s chip shortages get worse due to Russian invasion

A large percentage of semiconductor chips are made using neon gas manufactured in Ukrainian plants that are no longer in operation as a result of Russia’s invasion, according to the audio company. Behringer posted on its Facebook account, saying that neon gas, a critical component in all chip manufacturing, was sourced from Ukrainian firms for 50% of the global supply.

According to the Mix Mag, the problem, according to Behringer’s additional comments this morning, might be addressed by 2023 if tech companies begin to spend money on production elsewhere. “As these plants come to life, we might hopefully see a relief of the current chip shortages by 2023. Let’s cross our fingers.”

At the beginning of the pandemic, chip shortages were first reported as demand for DJ equipment rose shortly after a plant supplying a majority of Denon and Pioneer’s chips burned down in Japan. As a result of the Brexit vote, VAT, tax, import tariffs, and customs delays contributed to the shortages in the UK.

In another report of Mix Mag, an analogue micro synth called Saturn has been teased by Behringer. An arpeggiator and a 16-step motion sequencer are included in the $99 (£74) synth. Saturn’s 27 touch-sensitive keys, according to Behringer, provide “great playability.”

A smartphone, power bank, or computer can all be used to power the Saturn. Behringer also hinted about a full-size Jupiter-inspired synth in the future, citing the fact that many people have expressed their admiration for the synth’s magical sound. Their mini synthesizer has the same technology and sound as their full-size synthesizer but is more accessible to the general public.