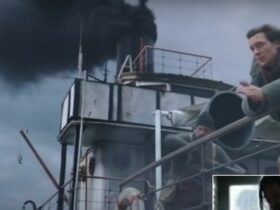 Jimin of BTS is afraid of using Instagram, so he posts far less than the other six members, Jin, J Hope, Suga, RM, V, and Jungkook. The boys were taken aback when the ARMY set up their social media accounts. Within a day, all of them had millions of followers.

He is scared to press something wrong

In a recent group chat on VLive, BTS member Jimin revealed that he is afraid of Instagram. The singer, who has 32.1 million followers on the social media site, explained his emotions. “With Instagram, he can’t go on it because he’s afraid he’ll press something wrong,” he explained, Times Now posted.

The rest of the BTS members, on the other hand, persuaded the singer to overcome his fear. “Jimin, please post,” said member RM, echoing what every ARMY must have thought. While many people may not relate to him, celebrities are constantly scrutinized for their actions, which can be interpreted positively or negatively. For example, V recently followed Blackpink’s Jennie by accident.

Jimin, a member of BTS, displayed his dignity as the world’s most famous name on Instagram. He has demonstrated his global power by amassing 30 million followers. Jimin surpassed 30 million followers on February 16 (KST) after about two months, even though his Instagram account, which he opened in December of last year, had seen no activity.

BTS Jimin’s Instagram, in particular, has only seven posts since its inception. It includes photos he took on his most recent trip to Jeju. It drew a lot of attention both in Korea and abroad. Even though there has been no activity for over a month, celebrities from worldwide have been consistently following Jimin’s account, demonstrating his incredible popularity, according to KPOPIDA.