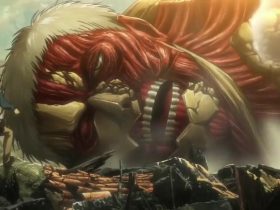 As expected, Jin’s words and actions have brought comfort to many people, including Enhypen Jay. Seeing the BTS member share his thoughts on being an idol and the difficulties convinced him to take a risk and try something new.

On March 10, Jay began a live broadcast with fans in which he updated fans on everything that was going on, discussed his recent graduation, and much more. Jay, in particular, began a mukbang during the video. Jay mentioned that he saw Jin do a recent broadcast while eating during the broadcast. During Jin’s live broadcast, Jay said that the BTS member had expressed concerns about eating while broadcasting, Koreaboo posted.

Jay then explained that those words stayed with him and that while he was eating, he felt sympathy for Jin’s situation. He even admitted that the prospect of eating in front of others made him nervous that he would become ill. Despite these feelings, Jay added that he didn’t mind ordering food and eating it in front of fans because Jin did it.

However, this isn’t the first time ENHYPEN members have expressed their admiration for BTS and how much they inspire them. Sunghoon stated that seeing a BTS concert motivated him to become an artist in an interview, Flipbaord wrote.

ENHYPEN discussed how they felt performing in front of BTS in the “I-LAND” show during an appearance on Kim Shin Young’s “Noon Song of Hope” program. The group’s youngest member admitted that he was nervous while singing and dancing in front of BTS members. Sunno stated that he aspires to be a K-pop idol, which explains why he was worried about meeting him. Sunghoon, like Niki and Sunno, was taken aback when he first met all of the BTS members in person. The ENHYPEN member stated that completing the BTS inspired him to become a performer and that it was an honor to have met them. KPOPStarz wrote.