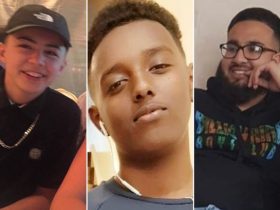 On Saturday, UK Prime Minister Boris Johnson caused outrage by drawing a comparison between Ukraine battling a Russian invasion and the United Kingdom deciding to leave the European Union.

Boris Johnson was referring to the divisive 2016 referendum, in which a tiny majority of voters supported the UK’s exit from the EU, with 52 percent choosing to leave and 48 percent preferring to stay. Another example, he noted, was when the British people decided to acquire COVID-19 vaccines.

Johnson is a “national embarrassment,” according to Ed Davey, the head of the UK’s Liberal Democrats. Ukraine President Volodymyr Zelenskyy said last month, just after the invasion began, that he had officially sought to join the European Union.

Since Putin’s war of aggression began last month, the UN estimates that over 13,000 people have died, including troops and civilians, as per Daily Mail. The Prime Minister also cited the British people’s readiness to get vaccinated against COVID-19 of their own volition because they “wanted to go on with their lives” and “weren’t fed up with being told what to do by somebody like me.”

Lord Barwell, Theresa May’s chief of staff in Number 10, said voting in the 2016 referendum was “in no way equivalent” to risking your life in a fight with Vladimir Putin’s army.

Boris Johnson recently gave an interview to the Sunday Times in which he forcefully urged China to denounce the Russian invasion. He speculated that Beijing was reconsidering its neutral posture.

In a speech to the Conservative Party’s spring conference in Blackpool on Saturday, Boris  Johnson compared the Ukrainians’ fight to Brexit. However, his words, which were designed to rouse Tory supporters, have drawn criticism from politicians in the UK and Europe.