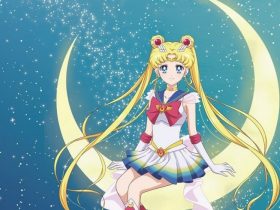 ‘Belle’ is the modern anime version of the legendary French fairy tale, ‘The Beauty and the Beast,’ written by French novelist Gabrielle-Suzanne Barbot de Villeneuve. ‘Belle’ is helmed by Mamoru Hosoda, and he has used his cinematic liberty to change the story to fit into a modern context. aiptcomics.com reports that Belle has select IMAX preview screenings on January 12 and opens nationwide on January 14

The animated version talks about a high school student Suzu who enters a virtual world called ‘U’. Here she is transformed into a popular idol named ‘Belle .’Over time, her path crosses with a mysterious beast. In the process of trying to discover the Beast’s identity, she learns about herself. ‘Belle’ is not shackled by the original storyline of the French tale.

Though the flick is based on a well-known fairy tale, Hosoda has not allowed his cinematic freedom to be shackled by the original storyline. Suzu, the main character, is devastated by her mother’s death and enters the U to be herself. However, she cannot sing and realize her full potential in the real world and concludes that her full Beauty can only be seen in a virtual world. It is a common and popular premise in anime.

The Beast in Hosoda’s version is not a Price and has a darker shade than the original Beast in the French Fairy tale. He resides in a Castle but is a good game and has lost only three times in four hundred fights. All the characters are identifiable, but enough changes have been dealt with to maintain a new and unique turn of events. Unfortunately, it will not be possible for the viewer to see the Beauty and the Beast influence immediately.

‘Belle’- A amalgam of subplots in the original plot

The flick has many familiar story beats, but still, there are many divergences in the storyline from an earlier 1991 Disney version. The course of the story can surprise the viewer since it is not a straightforward story of a poor girl meeting a prince, and they live happily ever after. Instead, the story is more about self-confidence and technology. Though some of the supporting characters lack depth, none of them hinder the film’s enjoyment.

Belle is an amalgam of many subplots and jumps hither and thither from the original plot but still returns. Things especially take a darker turn in the end. The animation is a mix of hand-drawn and computer-animated scenes. It pulls viewers even deeper into both of the movie’s worlds.