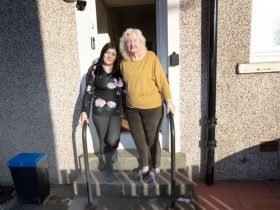 Following Russia’s warning that it was placing its nuclear forces on notice amid its conflict in Ukraine, which threatens to lure NATO into direct confrontation with Russia, the UN secretary-general warned nuclear war is “again within the range of possibility.”

Over the previous two decades, the United States has seen multiple conflicts end badly, with the last clear-cut success being the Persian Gulf War over 30 years ago. However, our foes’ relative weakness and inability to project military power against the United States’ homeland — regardless of what we stated about their weapons of mass destruction before invading — has affected how many people who should know better see war. Militarization has become just another policy choice, similar to raising or lowering taxes and establishing a minimum wage, as per MSN.

What place in the US may be hit by nuclear war?

After a nuclear deal broke in 2017, Russian state media described how Moscow would demolish US towns and localities, resuming Cold War rivals’ targeting mode – a stunning warning even by the Russian regime’s own harsh standards.

It’s wise to accept practically anything Russia or its severely restricted media says with a grain of salt. Instead of taking Russia’s word for it when it comes to nuclear targets, Insider enlisted the help of an expert to determine where Moscow would most likely hit.

The US and Russia have been planning nuclear war against one other since the Cold War, and while major population centers with significant cultural effects may appear to be logical selections, strategists feel they are not.

While big population centers with significant cultural effects may appear to be obvious targets, strategists predict that a nuclear war will focus on defeating the enemy’s nuclear capabilities – killing them before they can counter-attack.

Nuclear submarines could — and would — attack if every single US intercontinental ballistic missile silo, stocked nuclear weapon, and nuclear-capable aircraft were destroyed.

However, depending on how the wind blew, a hit on a sparsely populated location may still result in death and disaster across the United States. This is due to the aftermath. The United States has intentionally placed the majority of its nuclear forces, which may also be used as nuclear targets, away from densely populated areas. If you reside near an ICBM silo, though, have no worry.

While we all live under a nuclear “sword of Damocles,” citizens in huge areas like New York and Los Angeles are unlikely to be hit by a nuclear war, according to Business Insider.