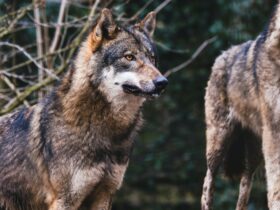 In order to bring new stories in the Aang and Korra universe to life, Avatar Studios intends to use computer-generated animation. However, creator Bryan Kontiezko in a recent interview, there could be some important revelations disclosed about the projects that they will start with when rejoining the popular realm.

The studio responded to a fan on Instagram, promising a huge announcement following the studio’s apparent absence from Paramount’s recent investor event, which touched on new projects for Transformers and Teenage Mutant Ninja Turtles, as reported by Comicbook.

Netflix’s live-action remake of the original Avatar The Last Airbender series has already begun filming. The original world hasn’t published any new animation films in over a decade, but it seems Avatar Studios and Netflix are looking to make amends with their projects.

In 2005, Avatar The Last Airbender debuted, presenting fans to the narrative of Aang, a powerful bender entrusted with rescuing the planet from the advancing Fire Nation army. It’s been quite a few years since the series ended, but it seems like the franchise is trying to make up for the lost time. Avatar Studios teases big changes in the future.

RPG and MMORPG of The Last Airbender in development

Avatar: The Last Airbender will get two new video games, an RPG and an MMORPG. One game firm is working with Paramount’s Avatar Studios on the games. Casts, creative teams, story aspects, and release dates are presently unclear.

According to CBR News, not all recent gaming developments for Avatar: The Last Airbender have been consoling RPGs or MMORPGs. Square Enix revealed last year that it is making an Avatar-themed mobile game. Magpie Games also began sending digital downloads of Avatar Legends: The Roleplaying Game to Kickstarter backers in mid-January.

The system allows players and fans to play through their own adventures throughout Aang’s, Korra’s, and Avatar Kyoshi’s eras.

Attack on Titan Exhibit to Feature 150 Artworks From Important Scenes