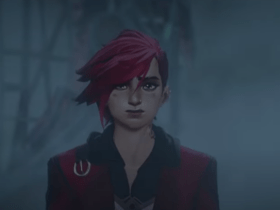 The temporary enhancement of the child tax credit expired on December 15 and is predicted to raise childhood poverty from 12 percent to 17 percent in January, the highest level since December 2020. Youngsters of color and Latinos will be hurt the worst, with one out of four children living in poverty.

According to the Center on Poverty and Social Policy at Columbia University, the absence of the advance Child Tax Credit (CTC) payment this month could push nearly 4 million children into poverty. The monthly child poverty rate is expected to jump to 17 percent in January from 12 percent in December, marking the highest monthly rate since December 2020, the MSN reported.

For the past six months, 36 million families have gotten a monthly check from the IRS as part of the increased Child Tax Credit, which has helped pay for food, school uniforms, and other expenses associated with raising children. Since July, families face their first month without a government check, despite inflation reaching 40-year high and COVID-19 cases rising.

Families would have gotten a CTC payment on January 14 if President Joe Biden’s Build Back Better Act had been passed. However, that bill is still pending, which means that parents have yet to receive a check.

January has been the cruelest month for millions of children, plunging them back into poverty and leaving their families unsure how they can keep a roof over their heads and food on the table.

According to anti-poverty experts, the impact on children might be devastating. Based on the Center on Budget and Policy Priorities data, approximately 10 million children are at risk of sliding into poverty if the monthly payments are not extended.

As per the CBPP study, nine out of ten families earning less than $36,000 spend their monthly Child Tax Credit payments on necessities. According to the left-leaning think organization, the top three spending categories were food, utilities, and rent or mortgage payments, CBS News posted.