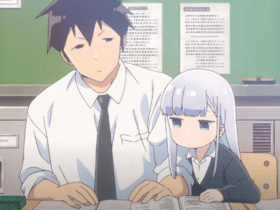 Who is Grant Savoy, the spouse of Mickey Guyton?

Fans are interested in the personal affairs of country singer Mickey Guyton, primarily known for her breakout hit, Black Like Me, following her breathtaking Grammys performance.

Who is Grant Savoy, husband of Mickey Guyton?

Grant Savoy is the name of Mickey Guyton’s husband. His precise birthday is unknown because he was adopted soon after being born in Kauai, Hawaii, in 1983.

From 2004 to 2007, Savoy studied at California State University, Northridge, and she earned a degree in communications. Then, in 2011, he graduated from the Southwestern University of Law with a Juris Doctorate in Criminal Law.

In 2010, Mickey Guyton and her husband were introduced by Guyton’s close friend, Savoy’s step-sister. Prior to being hitched on June 26, 2017, Grant and Mickey dated for seven years.

There were just 23 guests invited to the intimate Kauai wedding ceremony. Most of the time, Mickey Guyton and her husband have kept their personal lives private.

Mickey Guyton, also known as Candace Mycale Guyton, was born to Michael Eugene Guyton and Phyllis Ann Roddy on June 17, 1983, in Arlington, Texas. Her younger sister is her only sibling; her name is unknown to the general world.

Guyton first developed an interest in singing when she started giving church performances and was influenced by artists like LeAnn Rimes and Dolly Parton. She joined Capitol Records Nashville in 2015 and performed at a White House all-star performance.

Better Than You Left Me, a song Guyton recorded the same year she was signed, entered the Top 40 of the Country Chart. Guyton’s song Black Like Me, which she released in 2020, became well-known for bringing attention to the George Floyd demonstrations and the Black Lives Matter movement. She sang this song at her 2021 Grammys event.

Grayson is a baby boy whom Mickey Guyton and her husband, Grant Savoy, brought into the world earlier this year. On February 8, 2021, Guyton and Savoy announced his arrival.

The hardest and yet most beautiful thing I have ever done, she captioned the photo. Grayson, welcome to the world! Joy comes in the morning, even though weeping may last all night.

For the first time on the #GRAMMYs stage, @MickeyGuyton! ❤️🎶 pic.twitter.com/FY8Yvr5FqQ

Mickey Guyton’s performance at the 63rd Grammy Awards ceremony in 2021 received high praise from the audience. Only five weeks after giving birth, she entered the stage and wowed the audience with a stunning performance of her hit song, Black Like Me.

She is the first solo black female musician to receive a Grammy nomination for country music. Guyton made an influence on both her admirers and those who were only just hearing her sing:

Is Guyton married in Kauai?

He has family in Kauai, Hawaii, where the couple was married, as was also mentioned in the People article about his marriage to Guyton. “My husband has family from Kauai so it was vital to him to have a luau at the wedding celebration,” the singer told the outlet.

Grant Savoy, the husband of country singer Mickey Guyton, and the couple have been married for more than ten years. Mickey regularly uploads the most heartfelt Instagrams praising her bond with Grant and their adorable expanding family, even though the two hardly ever appear together on red carpets.

In addition, these wedding picture throwbacks are to die for! We did some investigating to see who precisely captured Mickey’s heart all those years ago!

From Kauai, Hawaii, Grant is a lawyer. In addition to being a co-founder of Solouki | Savoy, LLP, he is Mickey’s biggest supporter. He and Mickey first connected in 2010 through the singer’s best friend, the singer’s stepsister. Before getting engaged in 2013 and getting married four years later, the couple dated for three years.