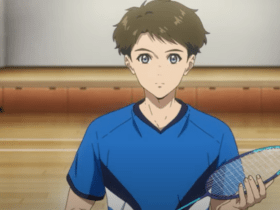 Are Yung Miami and Diddy still dating? Inside Their Relationship Following His Daughter with Dana Tran

The City Girls have been loved by both fans and celebrities ever since they first entered the music industry. Aside from their stunning looks, Yung Miami and JT share a fun-loving demeanour and a no-nonsense approach to courting. It’s hardly surprising that they attract a lot of suitors, given their undeniable charm and beauty.

Rumours of a celebrity relationship are always hot topics on social media. Now that Yung Miami (real name: Caresha Brownlee) may be dating Diddy, her admirers are curious about what’s going on in her love life. After all, Caresha has been frequently photographed with the proprietor of Love Records and has even argued verbally with model Gina Huynh regarding the businessman.

Who Is Yung Miami?

Additionally, she is the presenter of the “Caresha Please” podcast, where she conducts candid interviews with some of the biggest personalities in hip-hop and entertainment and engages them in “wild and unedited chats about their lives, professions, relationships, and much more.”

In September 2022, Yung Miami revealed her relationship with Diddy with XXL. “We are a couple. We’re both single but dating, “She gave the outlet at the time an explanation. “People are unaware of what dating entails. Although we are dating, both of us are single. When I say that we go together, I mean just that. We are only together when we are together. Despite the fact that we’re having a blast, we remain single.”

The “Rodeo” performer continued by claiming that she and the Can’t Stop Won’t Stop: A Bad Boy star “saw other people” apart from one another. “Younger than most people, I am. I am dating. You know, I’m enjoying myself. In my own way. He is acting in the same manner. We are both single and dating, so I can’t answer for what he is doing or who he is seeing specifically.”

Additionally, Diddy has frequently been highlighted on Yung Miami’s Instagram. The rapper recognised Diddy’s significant accomplishment in a post from November 2022, following the rapper’s new song, “Gotta Move On,” reaching No. 1 on both the R&B Airplay Mediabase and the Adult R&B Airplay chart of Billboard.

Who is Yung Miami dating at present?

Through the first episode of her podcast series Caresha Please, Yung Miami has finally put an end to the rumours that she and Diddy are dating after a year of social media speculation. The June 9 broadcast included Diddy as a special guest, and viewers watched as she questioned the powerful businessman about their relationship status. Yung Miami’s questions caused Diddy to pause a bit, but he eventually verified what we already knew.

The 52-year-old later clarified, however, that they are just enjoying themselves, that he is currently “single,” “taking his time with his love life,” and that they are “just dating.”

We have dates. We’re close, “said Diddy. “We travel to far-off places. We enjoy ourselves a lot.

Although Yung Miami initially appeared irritated by Diddy’s declaration that he was single, she eventually accepted that the two were dating and enjoying each other. They do not, however, share a committed relationship.

This less-than-surprising revelation follows an interview that Yung Miami gave to WGCI’s Kendra G and Leon Rogers in December 2021 (which was recorded by The Shade Room), in which Yung Miami denied having a connection with Diddy.

Kendra G says, “I’m just going to ask.” “You are free to refuse to respond or to deny. Did you date Diddy or are you dating him?”

Read Also: Who is Mickey Guyton’s husband? Get to know about Grant Savoy