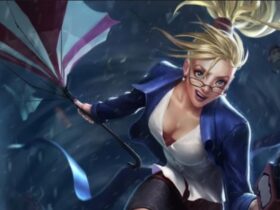 After Players’ Request, Riot Pushes Through With Janna’s Rework In ‘League Of Legends’

Josh Patrick Allen is the quarterback of the National Football League Buffalo Bills. After picking 7th in the first round of the NFL Draft 2018, Josh becomes the highest-drafted player at Wyoming University. He has become the anchor for the Bills by acquiring franchise passing records for his team and leading it to its first playoff appearance since 1995.

Josh was born and brought up in Firebaugh, California. He studied at Firebaugh high school but has shown no interest in scholarships or higher studies from the NCAA. He attended Reedley Junior college for a year. In that one year, Allen had an outstanding performance as a Reedley player. Then he got an offer from Wyoming University to join.

He was a starter after being injured for most of the first season. Josh made a decision to leave the 2017 NFL draft but chose to stay as per his coach and family’s suggestion. He contemplated continuing in school for a year to improve his performance in NFL in the long term. The player has thrown for 5066 in total passing yards and made 44 touchdown passes for Wyoming.

How was Josh Allen drafted?

As Allen was a highly considered quarterback of the 2018 NFL Draft, because of the overall pick number 7, Buffalo Bills drafted him in the first round. He was the third quarterback to be drafted in the NFL 2018 Draft. Before Allen, the Bills selected Baker Mayfield and Sam Darnold. There are significant players such as Saquon Barkley(running back), defensive back Minkah Fitzpatrick and another quarterback Lamar Jackson besides these three from the 2018 NFL Draft.

Allen’s Journey as an NFL player

Since josh Allen’s draft, he has become an important name for the Bills. However, Allen has also faced reprisal and criticism for the disparaging racial and homophobic comments he made during high school, for which he made an apology by confessing his mistakes, stating he was young and dumb.

Josh had a rookie season and started 11 games for the bills to date. By week 14 of his rookie season, he becomes the first quarterback in NFL history with 95 yards running in three weeks, amassing 335 yards in total. Josh was the captain of the Bills in the second season of 2019.

He led the team to break their playoff drought by qualifying for the 2019-20 NFL playoffs. He played well in the regular season of 2020, acquiring a career-high passer rate of 107.2. Again in the same season, he threw a career-high of 37 touchdown passes. The Buffalo Bills were close to achieving the Conference Championship but lost to Kansas City Chiefs that year.

The Buffalo Bills exerted the 5th year option on Allen’s rookie contract in 2021, and he signed a six-year contract extension worth $258 approximately. Allen performed well with the highest of 409 pass completions in season 2021 and helped his team to reach the NFL playoffs for the third time.

What is Allen’s net worth

Josh’s net worth still needs to be cleared, but we estimated it to be around $14 million. We made this assumption as per his rookie contract bills, which paid josh $5.3 million a year. Allen signed a six-year contract in 2021 that gave him a $16.5 million signing amount and promised to pay him $150 million by the end of the contract. Besides these, Allen earns from brand promotions.

Allen is in an open relationship with pilates instructor and former cheerleader of the Fresno State Bulldogs football team, Brittany Williams. It is amazing that both are from Firebaugh and have known each other for a long time. They are known to be the most adorable couples in the NFL.

Read Also: Everything you want to know about Laura Whitmore’s wedding