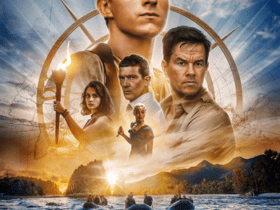 Since Russian President Vladimir Putin sent his soldiers into neighboring Ukraine last Thursday, some of Putin’s allies have turned against him.

Although Russia is suffering the worst sanctions and measures ever placed on a country in the contemporary financial system, certain leaders, notably Brazilian President Jair Bolsonaro, have refused to punish Moscow.

Leaders are divided with their views about the Ukraine invasion

Only a few weeks ago, Hungarian Prime Minister Viktor Orban, an anti-immigrant hardliner who has long been friends with Putin, condemned sanctions against Russia, saying that Moscow’s security needs were reasonable. He has since reversed his position and now supports all European Union sanctions on Russia, according to Newsweek via MSN.

Shortly after Russian President Vladimir Putin revealed last week that he had approved a “special military operation” in Ukraine, Turkish President Recep Tayyip Erdogan expressed support for the country. The government in Myanmar has declared that Russia’s invasion of Ukraine is “justified.”

According to junta spokesperson Zaw Min Tun, Moscow’s military “carried out what is justified for the continuation of their country’s sovereignty.” “Russia demonstrates its status as a world power,” said Brazil’s Bolsonaro, who also praised Russia’s decision to recognize rebel districts in eastern Ukraine as autonomous.

Bolsonaro chastised Ukrainian President Volodymyr Zelensky at a press conference on Sunday, saying Ukrainians had “entrusted a comedian with the fate of a nation”—a reference to Zelensky’s previous career. Xi Jinping, the Chinese president, has shown no unambiguous support for Putin’s actions in Ukraine. Xi allegedly requested Putin to deal with Ukraine on Friday.

China voted no in three UN Security Council emergency votes, refusing to denounce Russia’s invasion of Ukraine while also refusing to back it. Russia cited China as an example of a large country that continues to give friendship and assistance. China’s foreign ministry, however, sought to put some distance between Beijing and Moscow in a daily press conference on Monday.

Russian people is the key to stopping Putin

Russia has begun to feel the effects of a flurry of sanctions imposed by Western nations in the last week. The sanctions intended at punishing the Kremlin might lead the stock market to crash, the ruble’s value to plummet, and conducting business in Russia to become increasingly difficult. Experts feel that the sanctions are insufficient and that they fail to target the right people.

Per Daily Express, the decision to target Russian oligarchs – those Russians who gained rapid and large profits in the aftermath of the Soviet Union’s demise – has gotten a lot of attention.

But, according to Dr. John R. Bryson, Professor of Enterprise and Economic Geography at the University of Birmingham, sanctions will only be effective if they have a significant impact on ordinary Russians.

A plan to bar certain Russian firms from the global financial system, as well as personal sanctions against President Putin and his close associates, are among the current measures imposed by European nations and the United States.

Other symbolic punishments include Russia’s elimination from the Champions League final and its exclusion from the European Song Contest. But, according to Dr. Bryson, this does not go nearly far enough, and the Russian people have the key to stopping President Vladimir Putin.