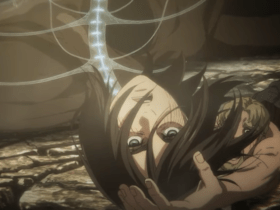 A New Jersey man has been charged with murder in connection with his six-year-old son’s death after being discovered forcing him to run on a treadmill for being too fat.

Christopher Gregor’s son fell off a treadmill many times, which he was compelled to use in a bizarre attempt to reduce weight. This one particularly heinous incident was captured on security video and analyzed by the cops.

Officials uncovered proof that Gregor was abusing his child at the time, and he was charged with endangering a child’s welfare. Gregor was arrested last Wednesday, according to Ocean County Prosecutor Bradley Billhimer and Barnegat Township Police Chief Keith Germain, and his charges were upgraded to murder following an expert review of the evidence.

Only his initials, C.M., were used to identify the child. His full name was not published in the news announcement, but it was in an obituary posted online by Lester Memorial Home.

Released surveillance footage included in an affidavit of probable cause shows Gregor and Corey visiting the Atlantic Heights Clubhouse on March 20, according to the Asbury Park Press. Corey was seen jogging on a treadmill when Gregor approached and raised the speed in the footage.

Corey kept falling off the treadmill, according to the video, while Gregor kept picking him up and putting him back on. Gregor was spotted biting his kid on the back of the head before pushing him to run again, according to the news source.

Breanna Micciolo, who shared custody of Corey with Gregor, saw his injuries a few days later and reported them to a caseworker with the New Jersey Division of Child Protection and Permanency.
On April 2, she took Corey to the doctor, who informed her that his father had forced him to run on the treadmill because he was overweight. He died the next day. Gregor is being held awaiting a detention hearing at the Ocean County Jail in Toms River. According to the Daily Mail, it’s unclear whether a bail amount has been set.