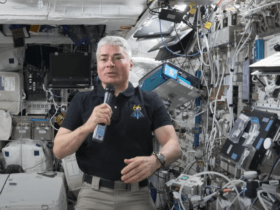 After recording himself driving his $3.05 million Bugatti supercar at 259 mph on a German highway, a millionaire tycoon might face two years in prison.

After posting a video online showing himself racing along the A2 between Berlin and Hanover, prosecutors said they are investigating Radim Passer, 58, for allegedly participating in an unlawful race.

The stunt in the Bugatti – which can accelerate from 0 to 124 mph in 6.5 seconds – was carried out last year on a six-mile, three-lane stretch of road with “visibility throughout the entire route,” according to Passer.

Who is Radim Passer?

Per Daily Mail, his car can be seen overtaking other vehicles in the blink of an eye, and the light in the video implies it was filmed at twilight, despite his assertion that safety was a priority.

With a net worth of $306 million, Passer is the 33rd wealthiest person in the Czech Republic. His stunt generated fury in Germany, prompting safety advocates to urge speed limits on the autobahn, which presently has no limitations outside of metropolitan areas.

Despite the vehicle’s capacity to achieve even greater speeds, its peak speed is restricted by the risk of tires exploding if pushed any farther. A Bugatti costs about $3 million, and Passer is one of the few people who can buy one.

Passer’s action, on the other hand, has reignited worries about car safety, especially for people inside and around them. F1 driver Sebastian Vettel is among many in Germany who are advocating for speed limits on the German autobahn, which is notorious for having no speed limits outside of cities.

Passer stated that safety was essential during the journey, adding that the road was vacant and well-lit. Nonetheless, many individuals who have criticized him on social media believe he should be a better role model and should not promote any habits that harm road users, as per ZeeNews via MSN.

Signs That a Person Will be a Millionaire in the Future