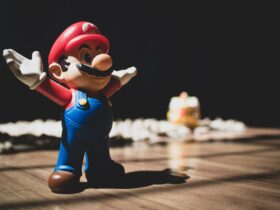 How Did Pelé Die?

Given that Pelé was one of the best international football players, it makes sense that his death and what caused it are topics of interest for fans.

Edson Arantes do Nascimento, better known as Pelé, was born in Três Coraçes, Minas Gerais, Brazil, on October 23, 1940. When he began playing for Santos Futbol Clube at age 15 and the Brazilian national team at 16, he was a teenager just beginning his professional international football career.

The soccer icon Pelé, who motivated the entire nation on and off the field, passed away on Thursday after a battle with colon cancer. He was 82.

In September 2021, a tumor was removed from Pelé, who has received chemotherapy since. His daughter claimed he was admitted to a hospital in late November to manage his medicines. But in previous weeks, his condition deteriorated, and a few days later, he was placed in palliative care.

In response to “kidney and cardiac dysfunctions,” Pelé was put into “elevated care” last week, according to a statement from the Albert Einstein Hospital in Sao Paulo. His agent informed The Associated Press of his passing.

After winning his first FIFA World Cup trophy in 1958 with Brazil’s national side, Pelé was given the moniker O Rei, which translates to “The King” in Portuguese. He won his third FIFA World Cup in 1970 after taking home his second in 1962. At the height of his career, Pelé owned the Guinness World Record for the most scored, with 1,279 goals in 1,363 contests. Pelé is credited for coining “The Beautiful Game” about football. In 1977, Pelé declared retirement from professional international football after 20 years in the game.

Pelé, a member of three World Cup-winning Brazilian teams, is recognized as the strongest soccer player of all time and is frequently credited with coining the phrase “the beautiful game” to characterize the game.

Originally from Tres Coracoes, Brazil, Edson Arantes do Nascimiento spent his formative years in the impoverished town of Bauru in Sao Paulo. His father was a failing soccer player. Although his parents chose to omit the “I” & call him Edson, he was given the name Thomas Edison in honor of the American inventor. His relatives dubbed him “Dico.”

But the moniker “Pelé” made the world aware of him.

Its beginning is unknown; Pelé admitted he had no idea how it started. According to urban lore, his schoolmates awarded it to him after they heard him mispronounce the name of his favorite soccer player, goalkeeper Bile of Vasco da Gama.

When promoting the movie “Pele: Birth of a Legend,” a movie of his early years, he admitted to Fox News Latino in 2016 that he disliked the moniker as a small child but later grew to love it as admirers all over the world began repeating it more and more.

Pelé claimed at the time, “I could not change it.

How did Pele start playing Soccer?

As a young child, Pelé started playing Soccer and frequently used a grapefruit or a sock filled with newspaper and connected with a string. He participated in several amateur teams and helped the local junior Bauru Athletic Club squad win two Sao Paulo state juvenile championships.

Waldemar de Brito, a former player for the Brazilian national soccer team and Pelé’s childhood coach, persuaded Pelé’s parents to allow their son to try out for the Santos professional club when he was 15 years old.

After being signed, the teenager started having an effect. Before he reached 16, he scored his first professional goal. In his first complete season, he scored the most goals in the Brazilian soccer league.

The 1958 World Cup in Sweden served as the phenom’s official debut to the world. The 17-year-old Pelé, who had exceptional speed, athleticism, and field vision, grabbed three goals in a 5-2 semifinal victory over France before scoring two more goals in a 5-2 championship victory over the host nation.

The teenage superstar has later designated a national treasure by the country’s president at the time, Janio Quadros, which made it more difficult for him to play lawfully abroad. Pelé nevertheless continued to participate in lucrative exhibition games with teams worldwide.