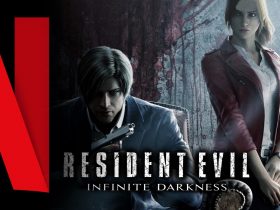 Detective Pikachu 2, the anticipated sequel to the 2018 Nintendo 3DS game, appears to be still in the works. The Pokemon Company revealed in 2019 that it was working on a Detective Pikachu sequel that will be released on Nintendo Switch in the upcoming years.

Since then, there has been no further word about the project, leaving many fans to worry if it will ever have seen the light of day.

Detective Pikachu 2 is still in the works, according to the company that is developing it. Little was revealed regarding the title’s scope or current development status, but the idea that the project was mentioned at all indicates that it is still being worked on in some manner.

Although no cause has been offered for the continuing quiet concerning Detective Pikachu 2, it appears that the pandemic’s arrival in 2020 may be a part of the project’s slow progress, according to the published article on the Comic Book website.

Detective Pikachu’s popularity soared with the release of the 2019 film starring Ryan Reynolds. Later, Detective Pikachu 2 was revealed for the Nintendo Switch, along with rumors of an upgraded version of the previous game with more plot content.

The Pokémon: Detective Pikachu film is presently available on Blu-ray and digital formats. The original Detective Pikachu game is also accessible on the 3DS, but fans should get their copies before the 3DS eShop closed next year.

Detective Pikachu 2 was initially confirmed for the Nintendo Switch in 2019. Three years have passed with little to no news, save for a few snippets here and there. There were even suspicions that it will be canceled at one point because of how long fans had gone without hearing anything new regarding the sequel.

The developer discreetly delivered the news fans had been waiting for in a translated article made by “KT” on Creatures Inc.’s employment recruitment website, it said that, “he is in charge of programming surrounding drawing in the project linked to the sequel to Detective Pikachu, revealing the sequel is still coming, based on the written post on the Dexerto website.