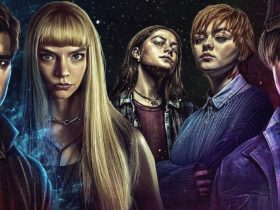 The Vox Machina began as a simple Dungeons & Dragons game, gaining fame on social media under the Critical Role name before launching a successful Kickstarter campaign to create an animated series. The Legend of Vox Machina was later taken up by Amazon, who brought it to a wider audience.

They earn favor with Emon’s leadership as a result of their success, but the Briarwoods arrive to create havoc. The first season of The Legend of Vox Machina ends with the gang supporting Percy in regaining Whitestone and saving the realm from the Whispered One’s massacre, according to the published news on the Screen Rant website.

The animated show will be split into two seasons, each with twelve episodes. The first season aired on January 28, 2022, and lasted through February 18, 2022.

Season 1 of The Legend of Vox Machina has been pushed back from 2020 to 2022, possibly indicating that season 2 is still in the works. Critical Role Productions, Titmouse Inc., and Amazon Studios created the film, which was distributed on Prime Video.

In 2019, the production staff started work on the first season, and Amazon spotted the show’s potential and commissioned further chapters to make it a two-season series.