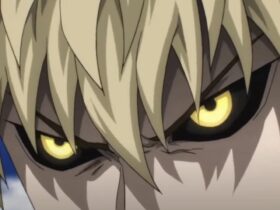 All You Need To Know About Best Comedy Manga

Bungie has released a brand-new installment of its This Week At Bungie (TWAB) blogpost where it provided details about artifact mods in “Destiny 2.” Also, some of the developers took to their social media as they talked about a weapon system claiming that it will make the orb changes less impactful. However, one “D2” player believes that Bungie failed to communicate on this one to which the game maker addressed such a concern.

Reddit user ProxyknifeIsKing’s post over on Destiny The Game subreddit has been receiving quite the attention from the “Destiny 2” community as it talked about the above-mentioned.

According to the OP, despite Dmg (Senior Community Manager), Hippy (Community Manager), and Kevin Yane’s (Sandbox Discipline Lead) tweets regarding an upcoming weapon update in “Destiny 2,” he believes that such “is just a blatant failure to communicate.” Proxy further explained that Bungie is just providing its player base with some negative news alongside a caveat that seemingly tells players to not worry since it’s going to get better.

Lots of fun news to cover over the next few weeks… https://t.co/bopkzMLw15

The OP added that such assurance does not build hype. Instead, it only encourages what he describes as a “this better be worth it” attitude. He went on to state that one can’t say that communication is essential when they’re (Bungie) intentionally holding out information.

To that end, Dmg took notice of it and addressed the issue.

Per his response, he stated that the plan was to keep the latest blog post be an armor mods-centric one, alongside updates regarding weapons that are scheduled to arrive in the coming weeks. Dmg highlighted that he’s well aware that this change well specifically affects weapons because of the change’s nature. However, he said that they still want to keep the talks split since they’re still obtaining details for the yet-to-be-published weapons TWAB.

Dmg apologized for not giving the full picture in the latest TWAB for “Destiny 2.” He pointed out that as much as they want to give the entirety of the update by the time it reaches them, there are factors to it that are still being “tied down” and they don’t want to make promises that they might fail to keep.

As for the January 13 TWAB, it was noted that Bungie will be making some tweaks that will be ushering in several well-known anti-Champion mods while at the same time making some changes as to how Masterwork armor works.

Come Season 16 (The Witch Queen), “Destiny 2” players will no longer be limited to the number of Artifact mods they’re allowed to unlock. As mentioned, anti-Champion mods will be making a comeback alongside Anti-Barrier Bows and Scout Rifles. Devs have also made some changes on the way Guardians disrupt an Overlord champion as they claim to make it more reliable than “D2’s” past seasons.

There’s also a Glaive weapon scheduled for The Witch Queen through different Artifact mods. For Masterwork armors, “Destiny 2” players can change the energy type of an armor that’s already full-Masterworked at a significantly reduced cost.

For a full rundown of the latest TWAB for “Destiny 2,” check it here.