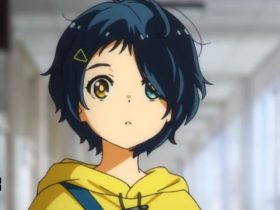 The Arsenal star appears to have additional off-field support, as he is dating long-term partner Tolami Benson, who will be rooting him on at the World Cup.

BUKAYO SAKA has emerged as England’s brightest potential in recent years. He is expected to play a key role in Gareth Southgate’s World Cup.

Who is Bukayo Saka?

Saka is well-known for his attacking incisiveness and creativity and is considered one of the world’s best young football players.

Saka spent his entire first-team club career with Arsenal, for which he has won an FA Cup and an FA Community Shield while establishing himself as one of the club’s most prolific and influential players. He was named Arsenal’s player of the season after the 2020-21 and 2021-22 seasons.

Saka represented England at several youth levels before making his senior team debut in October 2020. He was a member of England’s squads for UEFA Euro 2020 and the FIFA World Cup in 2022.

Saka was born on 5th Sept. 2001 in Ealing, Greater London, England. He is the younger of two children born to Yoruba parents Adenike & Yomi Saka.

His parents came to London as economic migrants from Nigeria. Saka stated in an interview that his father, Yomi, is a huge inspiration to him in his football career: “He’s a great inspiration for me.” He has always held me grounded and humble since I was a child.”

His name, “Bukayo,” is derived from the Yoruba language spoken in southern Nigeria and means “adds to happiness.”

Who is Tolami Benson?

Tolami Benson is a long-term off-field supporter of the Arsenal star. Tolami has begun cheering for Saka at FIFA World Cup 2022 Qatar as Saka did score a splint against Iran in the tournament’s first game.

Tolami is Bukayo Saka’s girlfriend. She is 22 years old and a year older than Bukayo Saka.

She is also a big Arsenal fan, posting photos of herself wearing the shirt and following the club on Instagram.

How long have they been together?

The couple is believed to have begun a romantic relationship in late 2020 but has decided to keep their relationship a secret until recent times.

Last year, Benson posted a photo with someone wearing a mask, which sparked dating rumors.

Fans discovered their romance in February when the couple shared individual pictures of themselves on a yacht in Dubai.

Interesting facts about the couple

A quick look at Saka and Tolami’s Instagram pages revealed that they are both in the business of keeping their love lives private.

Tolami, on the other hand, appears ready to tell the world that she is dating the hot Arsenal and England fast-rising football superstar.

She and Bukayo Saka recently went on a special date that she should have kept to herself, but she decided to post a clip and images of her moment with the Arsenal star on Instagram.

Alas, the footballer chooses to wear a black mask for those who want to see Saka’s facial expressions when he’s with his lover. Saka was dressed entirely in black, with only his damsel’s face visible.

According to the Instagram post’s tag, Bukayo Saka and Tolami had great fun at Thorpe Park in Surrey, England, during 2021 fright night, a Halloween carnival held between 15th Oct. and 31st Oct. 2021.

However, neither has officially confirmed their relationship; if the love grows as quickly as Saka’s football career, it will only be a short time before the entire world discovers that Tolami is Saka’s girlfriend.