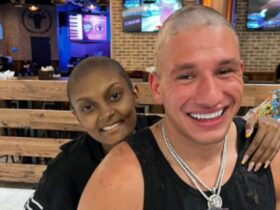 Everything You Need To Know About Steve Will Do It Girlfriend

It’s now the 39th highest-grossing overall picture in Japanese box office history. The Japanese version of The Adventures of Milo and Otis has been moved to the 40th place.

According to Oricon, Jujutsu Kaisen 0, has grossed 5.78 billion yen about $50.7 million USD. The prequel film is presently outperforming Evangelion which is Japan’s top-earning picture of 2021. It earned approximately $42.6 million USD and went on to collect $88 million USD at the box office. As reported by the Otaku site.

The Jujutsu Kaisen film might generate a total of 10 billion yen about $85 million USD throughout its lifespan, but it now appears that it will almost certainly exceed that figure.

Jujutsu Kaisen 0 is a remake set before Yuji Itadori, the series’ main character. He discovers the realm of sorcerers and curses. The film is also about Yuta Okkotsu, a young man who had vowed to marry Rika Orimoto, his childhood sweetheart.

Regrettably, for the young couple, Rika dies young and her spirit is changed into a Curse. She turned into a horrible supernatural monster generated from humanity’s bad feelings.

When Jujutsu Kaisen 0 was released, it ranked second on Japan’s list of the greatest opening weekends ever. It had a gross earning of 2.69 billion yen or about $23.5 million USD in its first three days in theaters. It came in second place behind the opening weekend of Demon Slayer The Movie. Based on the post published by cbr.com.

While the film’s box office success is astounding, it remains to be seen whether Jujutsu Kaisen will surpass Demon Slayer’s record-breaking run and gross more than $503 million globally.