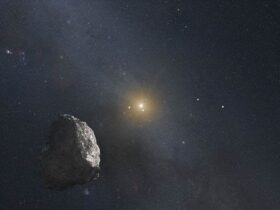 Kuiper Belt: Everything You Need to Know About the ‘Graveyard of the Solar System’

Lawyers for a Black delivery driver in Mississippi sought a federal investigation into claims of hate crimes stemming from an attempted shooting on his property. They claim that it is yet another instance of African Americans being threatened simply for going about their daily lives.

An African-American delivery van driver claimed that two white men chased him and shot at him in a Mississippi city this week after he dropped off a package. According to the Philadelphia Tribune, Demonterrio Gibson, 24, claimed on Friday that he wasn’t taken seriously at first by the police and that both suspects have been undercharged as attempted murder should be charged.

As per Clarion Ledger news reported, Moore stated that Gibson had done nothing unlawful until two white men attempted to stop him, with one of the men carrying a gun. He further clarified that Gibson was merely Black when on the job, as he had previously claimed at a press conference.

An Associated Press spokesperson confirmed on Thursday that the Justice Department has received a request to examine the case. The department will examine the request to determine what steps will be taken next.

There is a resurgent effort to revise Mississippi’s hate crime statute, and the time is running on lawmakers’ ability to act during this session of the legislature.

According to WLOX News, Mississippi has enacted legislation against hate crimes. If a felony or misdemeanor is committed with a bias that incorporates a number of criteria, the sentence is increased by a substantial amount.

However, there are other groups who have been excluded from this, such as the LGBTQ+ community and those with disabilities. As a result, campaigners are calling for a revision of the statute.