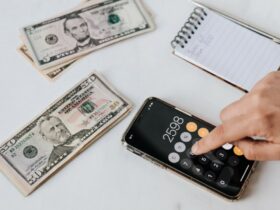 Over the years, some of the most powerful pirates have been introduced into the One Piece universe. The plot has its fair share of overly powerful pirates, such as the Shichibukai and then the mighty Yonko.

Enthusiasts will be seeing more of those who reign supreme at the top as Luffy progresses on his path to becoming the Pirate King and thus becomes stronger.  Listed below are the 10 Pirates who dominated the series.

Captain of the Donquixote Pirates was Donquixote Doflamingo. He has demonstrated superhuman strength, reflexes, nimbleness, agility, and speed, as well as great response time.

Luffy got incredible elasticity and stretching abilities after eating the Gomu Gomu no Mi. He’s also evolved a number of unusual battle ways over time, adopting new forms by manipulating his elastic body.

Marco ate the Tori Tori no Mi, Model: Phoenix. It is a Zoan Devil Fruit with enormous power that allows him to turn into a phoenix. The fruit’s most powerful feature is that it allows Marco to recover from whatever harm he takes in his human form by transforming into a phoenix.

Big Mom has mastered the Soru Soru no Mi, a strong paramecia-type Devil Fruit that allows her to transform the souls of everyone she comes into contact with into an ethereal substance.

Marshall D. Teach is the first individual known in history to possess the abilities of two Devil Fruits. The Yami Yami no Mi has the power of darkness. It turns everything to naught. The Gura Gura no Mi, the force of earthquakes, destroys everything.

Kaido looks to have consumed a Mythical Zoan-type Devil Fruit. It grants him the ability to transform into a serpentine dragon. He can fly in this shape, and dark clouds cover the sky everywhere he goes. Kaido’s seeming resistance to dying is the most telling proof of his strength.

Shanks is regarded as one of the world’s four most powerful pirates. He could protect against Akainu’s molten fist because of his physical strength and Busoushoku Haki. It possesses a devastating offensive capability that can burn even the most strong foes.

Shiki is one of the most formidable pirates of his time.  He possesses incredible physical power, which he combines with his mastery of the sword. Shiki ate the Fuwa Fuwa no Mi, a paramecia-type Devil Fruit that allows him to levitate non-living stuff when he comes into touch with it.

Edward Newgate was the captain of the Whitebeard Pirates and was known as The Strongest Man in the World and The Man closest to One Piece” after Gol D. Roger’s death. Whitebeard became a Quake Man after eating the Gura Gura no Mi, a paramecia-type Devil Fruit. Whitebeard, according to Sengoku, has the ability to destroy the entire universe.

Gol D. Roger, often known as the Pirate King, was the captain of the Roger Pirates and the possessor of the famous treasure known as One Piece, according to the post article of opfanpage.com. Roger was recognized as history’s most powerful pirate. His combat abilities were practically unstoppable.

Pirates in One Piece

These pirates live in particular in the New World, and only the person who overcomes the New World is worthy of the title of Pirate King.

Roger was able to dominate the entire age and finally become the Pirate King despite not having any Devil Fruit strength. On multiple times, he has been characterized as the most powerful pirate, even surpassing the Yonko.

His incredible mastery of Haki and its advanced forms was enough to propel him to the pinnacle of the world, according to the published article on the Gamerant.com webpage.