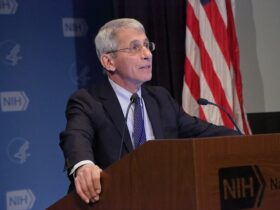 The IRS has adopted a new verification process for taxpayers who want to access their online tax accounts and self-help resources, which includes snapping a selfie and uploading a photo of their driver’s license or passport to a third-party site called ID.me. As of the middle of 2022, existing online accounts with IRS.gov that require an email and password will no longer work.

After many high-profile data breaches in recent years on several of its web products, such as Get Transcript, the IRS revealed the new authentication system last November.

The new methods have gotten a lot of press this week, thanks to an account on the cybersecurity site Krebs on Security.

As the IRS continues to roll out the new verification process to more of its web programs as tax season approaches following Monday, Accounting Today posted.

The IRS claims the change is vital to safeguard taxpayers from identity theft. Still, privacy groups call it intrusive and point out that the corporation behind ID.me has a shaky track record when it comes to confirming people’s identities. According to Jackie Singh, director of technology and operations at the Surveillance Technology Oversight Project, the move will only cause more harm to Americans when their data is inevitably hacked.

According to CBS News, a spokesman for the IRS did not respond to a question about how many accounts had been created on the agency’s website. As a result, Americans would not be required to snap a selfie or create an ID.me account to complete their tax returns, according to the spokeswoman, who called the notion “wildly false.” However, taxpayers will need to register with the new safety system to view previous payment records transcripts from past years or access their Child Tax Credit portal.

Facts on the Fiscal Stimulus for 2021; Financial Assistance in the Event of a Pandemic