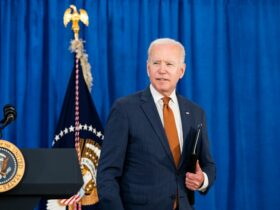 Just three years after being named the National League’s Most Valuable Player, Cody is no longer a Los Angeles Dodger.

The Dodgers declined to give Bellinger a contract for 2023 this Friday. Read on to know more…

Cody Bellinger is only 27 years old and appears to be entering his prime athletically. Cody was famed as the National League’s Most Valuable Player. Yet, just three years after being named the National League’s Most Valuable Player, he’s no longer a Los Angeles Dodger. The Dodgers declined to give Bellinger a contract for 2023 this Friday, cutting all ties with the 2019 NL MVP a year before he became a free agent, in a move that would’ve been shocking just a few years ago but still comes as a mild surprise.

The Los Angeles Dodgers have decided not to tender Cody Bellinger, helping to make him a free agent for the first time in his professional career. The sky has been the limit for Bellinger in the MLB after he won the MVP award in 2019 at the age of 23. Three seasons later, the Dodgers are letting him go free after failing to find a trade partner.

Bellinger was unable to re-create his superiority in the 2019 season and also was frequently an offensive liability. In 2019, he had a.305 batting average and a fantastic OPS of 1.035. In 2022, his batting average dropped to.210, and his OPS dropped to.654. This is a precipitous drop that no one in baseball could have anticipated three years ago.

Ken Rosenthal reported the team’s intention not to tender Cody Bellinger on Twitter.

The Los Angeles Dodgers believed they had a future superstar after 2019, but he is expected to leave the team in 2022. The Dodgers were patient with Bellinger and provided him with numerous opportunities to improve, but he did not. This is one of the most unusual starts to such a career in recent times.

Cody Bellinger has nothing but praise from the Los Angeles Dodgers fans and followers. His MVP champions league is fondly remembered, and fans only wished he would find a solution to his problems. He was unable to discover a solution in Los Angeles so he will try again in a different setting.

There will be a sufficient number of teams interested in Bellinger. His expertise, as well as his youth, would consider making him a valuable asset to any team in the league. Even if he never reaches the heights he did in 2019, he still can contribute. Fans of the Chicago Cubs and the Los Angeles Angels, in particular, are hoping to sign Bellinger.

Cody Bellinger will be a free agent after 6 years with the Los Angeles Dodgers, but those six years were pretty good.

However, Bellinger’s high salary was built upon three largely excellent seasons at the beginning of his career, including a 39-homer, Rookie of the Year opening in 2017 and a 47-homer MVP performance in 2019, when he was only 23 years old.

However, rather than enduring greatness, Bellinger’s career made a wrong turn at the pinnacle: he dislocated his shoulder while celebrating his game-winning home run in Game 7 of the National Championship Series in 2020.

During his time with the Los Angeles Dodgers, Cody Bellinger and the team accomplished a lot.

Bellinger was accoladed with Rookie of the Year, Gold Glove, and Silver Slugger. Above all, he was a member of the Dodgers’ World Series team in 2020. Cody Bellinger still has his long career ahead, but where he will play next is currently unknown.

Read Also: Who is Lupita dating?