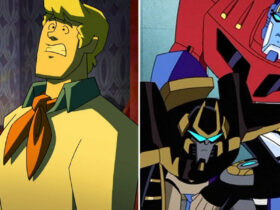 Yu-Gi-Oh! was the first broadcast of 4Kids in 2001. Many Western children’s first exposure to anime and card games came from this show. Since then, it’s grown into one of the most successful trading card series, with tournaments continuing to be conducted to this day.  The Egyptian God decks are steeped in mystery, and there are a few fascinating facts to be aware of.

While the meta has undergone various modifications, the anime continues to have a special place in the hearts of people who grew up watching it. It was incredible to see the monsters come to life on the screen.

The names of the Egyptian God cards stem from the ancient Egyptian gods who were adored. The original Japanese name for Slifer the Sky Dragon is Sky Dragon of Osiris. Osiris, the Egyptian God of Life, Death, and Fertility, is the inspiration for this card, as specified on the news of the CBR webpage.

The Egyptian God Cards, also known as the Three Legendary Gods is a set of Yu-Gi-Oh! cards. that serves as a focal point in the manga, anime, and video games based on the series.

Despite their name, they bear little resemblance to actual Egyptian gods. The Winged Dragon of Ra is the only card with a god’s name on it, at least in the English versions of the cards. Ra was the Egyptian pantheon’s king and the creator of everything. Kingship, the heavens, the sky, the sun, and light were all connected with him.

In visual interpretations, Ra is depicted as a man with a falcon’s head, which is most likely the source of the card’s design. The thing depicted in the card, however, is more akin to a griffon than a dragon, a creature from Greek mythology.

Slipher would be a better match for Ra than The Winged Dragon card, but it is instead linked to the god Osiris, as the card’s Japanese name approximately translates to Sky Dragon of Osiris. Osiris is the deity of the dead, agriculture, fertility, life, and resurrection in Egyptian mythology.

Obelisk the Tormentor, also known as Giant Divine Soldier of Obelisk in Japanese, is the last card. An obelisk is a stone pillar with four sides and a narrow top, similar to the Washington Monument, that was first known in Ancient Egypt as tekhenu.

Although there is support for all three God cards in the TCG/OCG, most of it is centered on “Ra,” with the other two Gods receiving much less assistance in comparison. However, this support has significantly increased their summoning speed and overall efficacy, as written by the Yugioh Fandom site.