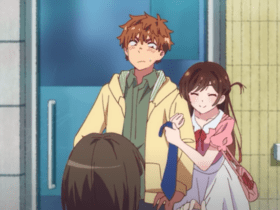 Rent-A-Girlfriend Update: Forbidden New Series to Be Released in February

Yu-Gi-Oh! has been a hit since its surprising debut last month. Master Duel has taken over the planet. For a long time, the Switch was the only way to play on the move, but that changed with the game’s release on iOS and Android.

Yu-Gi-Oh! Master Duel is finally available on iOS and Android smartphones globally, following a hugely successful launch on consoles and PC last month. Thanks to crossplay across all supported platforms, players who pick up the free-to-play trading card game will be able to face the pre-existing player base.

Not only that but those who have been frustrated by having to play Yu-Gi-Oh! at home will be able to benefit from cross-progression, which will let them move their decks and card collection on their phone and battle on the go.

Yu-Gi-Oh! Master Duel will now be available in eighty countries and nine different languages as a result of this upgrade. The game is proving to be somewhat of a comeback for the iconic card game, with about 148,000 players on Steam alone, making it the platform’s fifth most popular game, as written by the vg247.com site.

This is an excellent chance for both new players who are building their first deck and experienced duelists who want to develop a new meta deck to travel with. Mobile users who have a PS Plus membership but haven’t yet gotten on board may still take advantage of the free 50 pack offer, then transfer their newfound loot to their phone version to get started right away.

Master Duel was released on mobile in other nations a week ago, and it is now accessible in North American areas. That means you can get Ash Blossom’d and face up against Eldlich the Golden Lord from anyplace there’s an internet connection.

Yu-Gi-Oh! Master Duels is also available on the PlayStation 4 and Xbox One consoles, as well as the Nintendo Switch and PC, according to the post on the gameinformer.com.