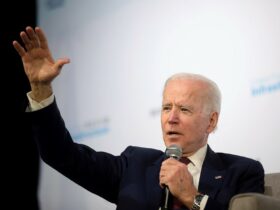 CLAMP’s live-action film xxxHOLiC is set to debut in Japan on April 29, 2022. xxxHolic, a Japanese manga comic written and presented by the manga group Clamp. The manga follows Yuuko, a witch who can fulfill the wishes of people in exchange for something valuable. Along with Yuuko is a man with visions, Kimihiro Watanuki. One day, Watanuki meets Yuuko, who swears to banish the spirits that plague him. Watanuki must labor in Yuuko’s shop and assist her in granting other people’s desires in exchange.

From 2003 through March 2010, xxxHolic was serialized in Kodansha’s Young Magazine on a regular basis. In June 2010, it was relocated to Bessatsu Shonen Magazine, where it was serialized until February 2011.

Production I.G turned the manga into an animated movie in 2005,  followed by a two-season anime version from 2006 to 2008, Aniradio Plus reported. Kimihiro Watanuki is played by Ryunosuke Kamiki  while Yuuko Ichihara is played by Kou Shibasaki.

The movie’s major theme song is Habit by Sekai No Owari. the trailer covers key scenes from the original show, such as Kimihiro Watanuki making his wish at Yuuko’s shop and Shizuka Doumeki saving Watanuki with his arrows. Original scenes have been added as well.

The band wrote the song in response to director Mika Ninagawa’s plea that they demonstrate kindness to the young people of today. The band expresses their delight at the opportunity to engage on a new project with director Ninagawa, with whom they had previously collaborated in the form of photography and now through a film. They also expressed to love for the song “Habit,” which expresses a side of SEKAI NO OWARI that isn’t generally shown, as well as the film’s enchanted universe, according to Crunchyroll website.