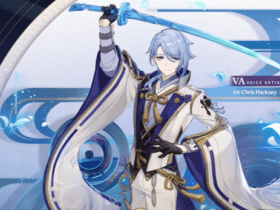 Machine Gun Kelly said in an appearance on The Ellen DeGeneres Show on Monday, March 7 that, out of all the boybands in the world, he’d prefer BTS to perform when he and Megan Fox exchange vows, although NSYNC is a close second.

When Ellen asked him which boy band he’d pick as his wedding band on her episode “Burning Questions,” he carefully considered his options. He informed the host that he had met BTS at the Billboard Awards and that they were ecstatic to see him. Machine Gun Kelly believes he has a greater chance of securing BTS’s attendance, as per MEAWW.

It’s unclear if the term “wife” was simply a term of endearment for his potential missus or a slip of the tongue accidentally revealing their marital status.

Machine Gun Kelly proposed to Megan Fox in January, and he has been open about his relationship with her in recent TV appearances. He told James Corden in February that he wanted to marry in front of a gothic backdrop with a red river.

Machine Gun Kelly also mentioned that the South Korean group may be booked for the ceremony. We’re all aware that BTS members are extremely busy with forthcoming activities.

Machine gun Kelly : Can bts come to my wedding

This week, BTS members will perform on stage with Permission To Dance on Stage – Seoul. The concert will take place over the course of four days. The group will next go to the United States for a four-day show in Las Vegas.

According to Mashable, Machine Gun Kelly’s request has elicited a wide range of responses from fans. Some are refusing the request on behalf of BTS, while others are speculating on how the band will reply.

Hello, this is BTS’ manager.

I regret to inform you that BTS won’t be able to perform at MGK’s wedding. The group is currently preparing for their Permission to Dance: On Stage-Seoul which will happen in a few days. Moreover, the group’s schedule is also full.

Machine Gun Kelly also mentioned that the members of BTS were excited to see him at the BBMAs, thus a fan provided this image of BTS being happy to meet a bug on stage.

machine gun kelly thinking he can just book bts for his wedding bc they were happy to meet him.. they’re excited to meet a bug luv. The way he worded it sounded🥶
pic.twitter.com/MCYLyh58Uc

EXO Suho Discharged from Military, Confirmed His Return with a Second Album